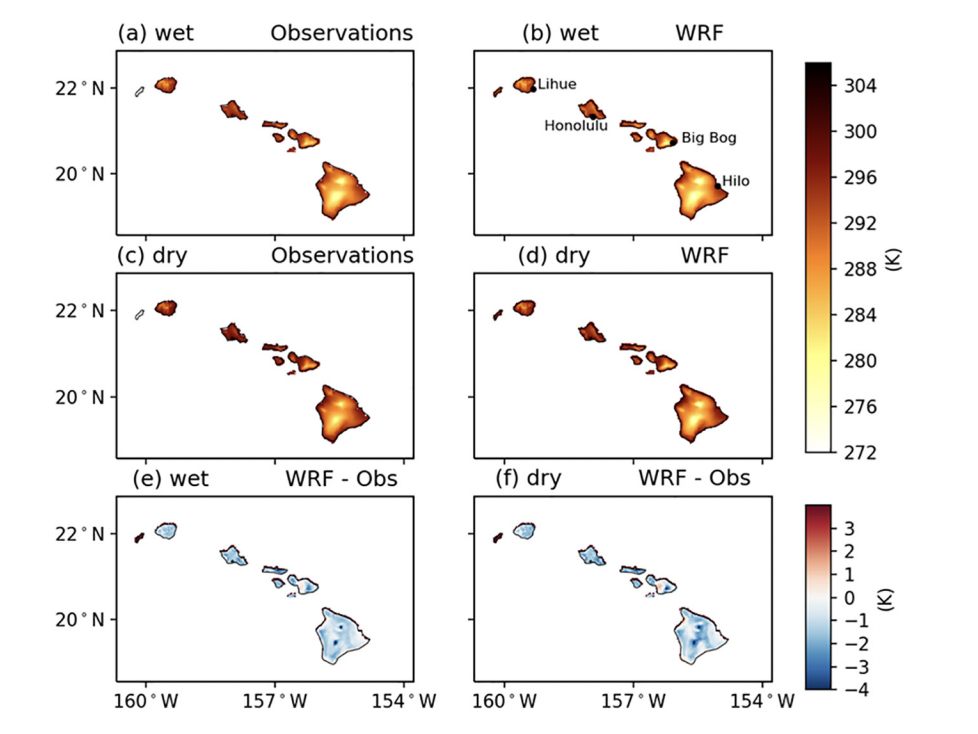 This study presents results from an ensemble of regional climate model simulations (periods 1996–2005 and 2026–2035) that are used to examine the effects of both anthropogenic forcing and natural variability associated with the Pacific Decadal Oscillation (PDO) on near-term climate projections for the Hawaiian Islands. The Community Earth System Model Large Ensemble (CESM-LE) is used in conjunction with the Weather Research and Forecasting (WRF) model for downscaling. The climate responses to the PDO and anthropogenic forcing are isolated and analyzed separately. In response to anthropogenic forcing, significant increases in surface air temperature, of ~0.8 K, are projected at low elevations. Stronger warming, of up to 1.3 K, is seen at higher elevation areas. Future climate simulations show significant increases in wet season rainfall, of ~10–20%, along the windward slopes of Big Island and Maui. Rainfall patterns during the positive PDO phase are projected to reverse in sign, leading to drier conditions, by ~10–30%, at many locations. Future climate simulations show daily rainfall extremes will increase, by up to ~10–15%, at many locations. Daily temperature extremes are also projected to increase significantly, by up to 1.4 K. Overall, results indicate that natural variability will continue to contribute to uncertainty in near-term rainfall projections for the Hawaiian Islands, masking the forced signal.