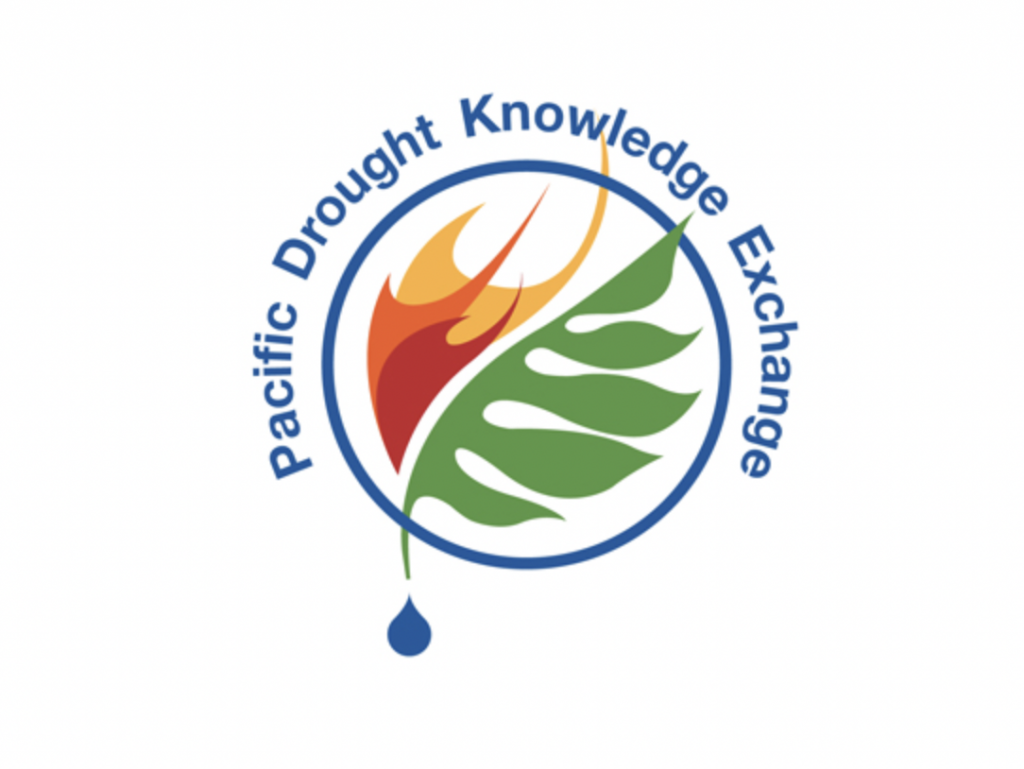 Climate change, climate variability, and drought (CCVD) will exert a growing impact on landscapes, watersheds, and nearshore areas in the Pacific Islands. Droughts in the Pacific Islands can be extremely severe, causing drinking water shortages, extensive crop damage, and increases in the size, severity and extent of wildfires that burn incredibly large percentages of island land areas. A recent analysis of historical drought in Hawai‘i found that drought duration, magnitude, and frequency have all increased significantly, consistent with trends found in other Pacific Islands. While land managers are tasked with utilizing the “best available science”, they often are confronted with data products that are difficult to access and there is no facilitated communication process with researchers to meet the needs of resource managers. To address this gap, we established the PDKE to explore knowledge co-production among researchers and resource managers with the goal of expanding the utility of drought-related info

The term “drought” is generally used to describe a prolonged period with less-than-average amounts of rain in a particular area. A lack of rainfall can reduce soil moisture or groundwater, reduce stream flow, and cause water shortages. Low rainfall can also be associated with higher-than-average temperatures and reduced cloud cover. An individual drought event may last for weeks, months, or even years and the severity of a drought will depend on how long the area receives below-average rainfall. Hot temperatures can make droughts worse by evaporating moisture from the soil. Drought can also create environmental conditions that lead to wildland fire, stunted tree growth or mortality, and the spread of invasive species. In Hawai‘i, drought is a significant feature in the climate system that has profound impacts on ecosystems.

During the PDKE pilot project we worked with Elliot Parsons and Edith Adkins from Pu‘u Wa‘awa‘a Hawai‘i Experimental Tropical Forest and Sierra McDaniel from Hawaii Volcanoes National Park to develop a series of factsheets for both resource managers and conservation practitioners to better understand the the impacts of drought in those landscapes.

The PDKE also worked with Melissa Kunz from the Department of Natural Resource and Environmental Management to publish a series of factsheets that focused on state-wide drought impacts.