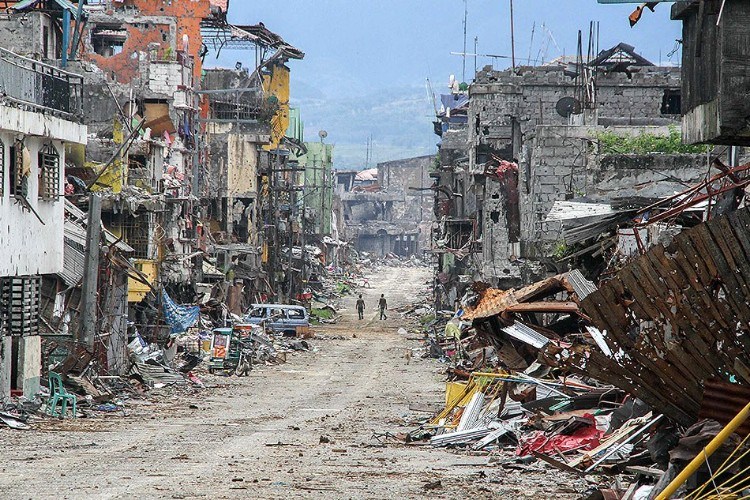 Dr. Torres, Director of Peace Center at Mindanao State University, Iligan City, will talk about the siege of Marawi City, on the island of Mindanao, Philippines, that devastated the whole city, claimed hundreds of lives, and displaced some 400,000 residents in a five-month war in 2017.  The batte was fought between the combined forces of Maute brothers and Abu Sayyaf and the Philippine military.

The Marawi war was unprecedented. It was provoked by the Maute brothers and the Abu Sayyaf– two radicalized Islamic groups in the southern Philippines.  These fighters were composed mostly of young members, many in their early thirties.  The Maute brothers also founded Dawlah Islamiyah, which supports and propagates the idea of an Islamic state to be established in Mindanao in concert with the caliphate proposed by ISIS. The Abu Sayyaf, on the other hand, was led by Isnilon Hapilon, the ISIS leader in Southeast Asia who had a bounty of $5M from the US government.  Why the war took five months is a puzzle that the lecturer will unravel in his talk.

Dr. Torres will also give another lecture at UH Leeward Community College on August 4, 2018, Saturday, 10:00-12:00 noon, with Leeward CC and Knights of Rizal as co-sponsors.  Please see  flyer below for details. 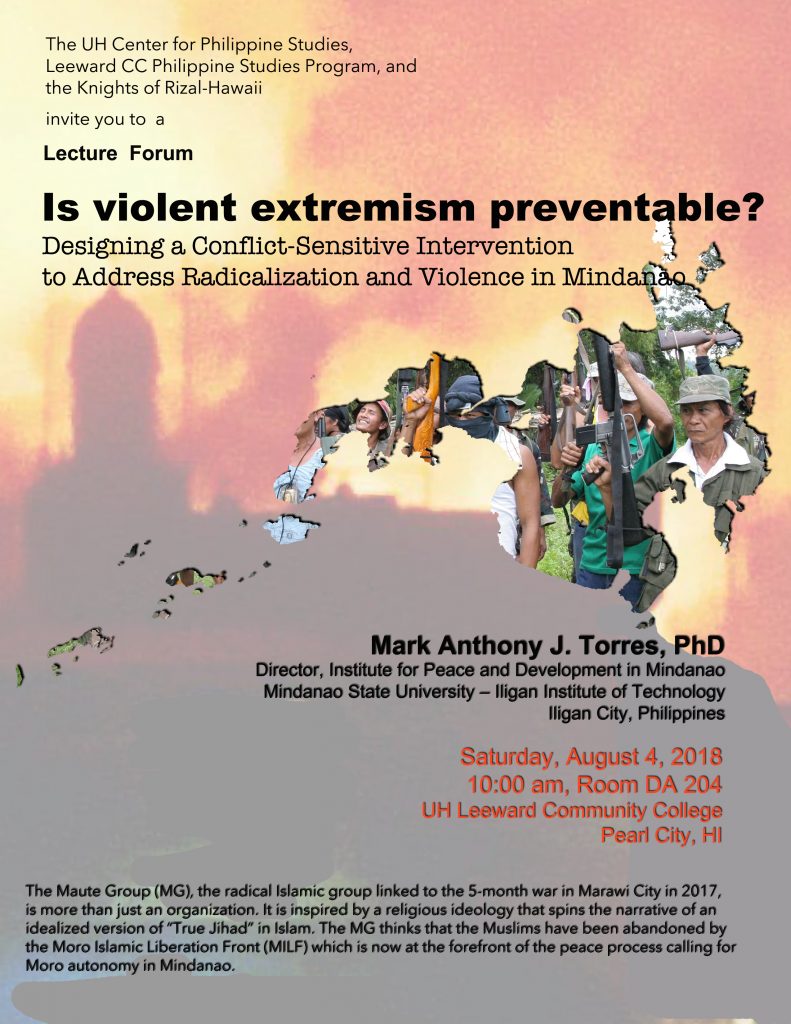