The event is scheduled for  10:30 am on Wednesday, November 18th, IST on Zoom. Please register using the following link for the meeting:

Please find the abstract and posters below:

University of Hawai`i at Manoa

Mohandas Gandhi’s canonization as an apostle of non-violence has clouded our understanding of certain troubling aspects about race, caste, and social hierarchy that inheres in his political thought and actions. To state matters peremptorily, Gandhi seemed to celebrate non-violence when it was practiced by social groups (races and castes) already regarded as civilizationally the equals of their oppressors, even if they were inferior in terms of political or economic power at that contemporary moment. For example, non-violence was the recommended course of action for upper caste Indians against British colonial rule, or for the ‘better’ class of Indians- merchants and professionals- living in South Africa at the turn of the 20th century.  However, when it came to social groups that had been regarded as timelessly inferior (Zulus in Africa or Dalits in India or coolies in South Africa), Gandhi seemed ambivalent and occasionally hostile to the notion that they could be practitioners of non-violent resistance or Satyagraha. Gandhi’s politics focused more upon the moral responsibility of upper castes and higher races to uplift the downtrodden through non-violent action – rather than on encouraging or tolerating any independent agency on the part of the oppressed groups. In other words, there is an element of patronization or noblesse oblige to Gandhian non-violence: it seemed more concerned about crafting a moral self for the svarna rather than a better life for the Dalit. By triangulating Gandhi with two thinkers who were radical in their awareness of the centrality of violence to the production and maintenance of law and legal orders- Bhimrao Ambedkar and Walter Benjamin- this paper wishes to delineate the contours and the limitations of Gandhian non-violence when it comes to radical equality. 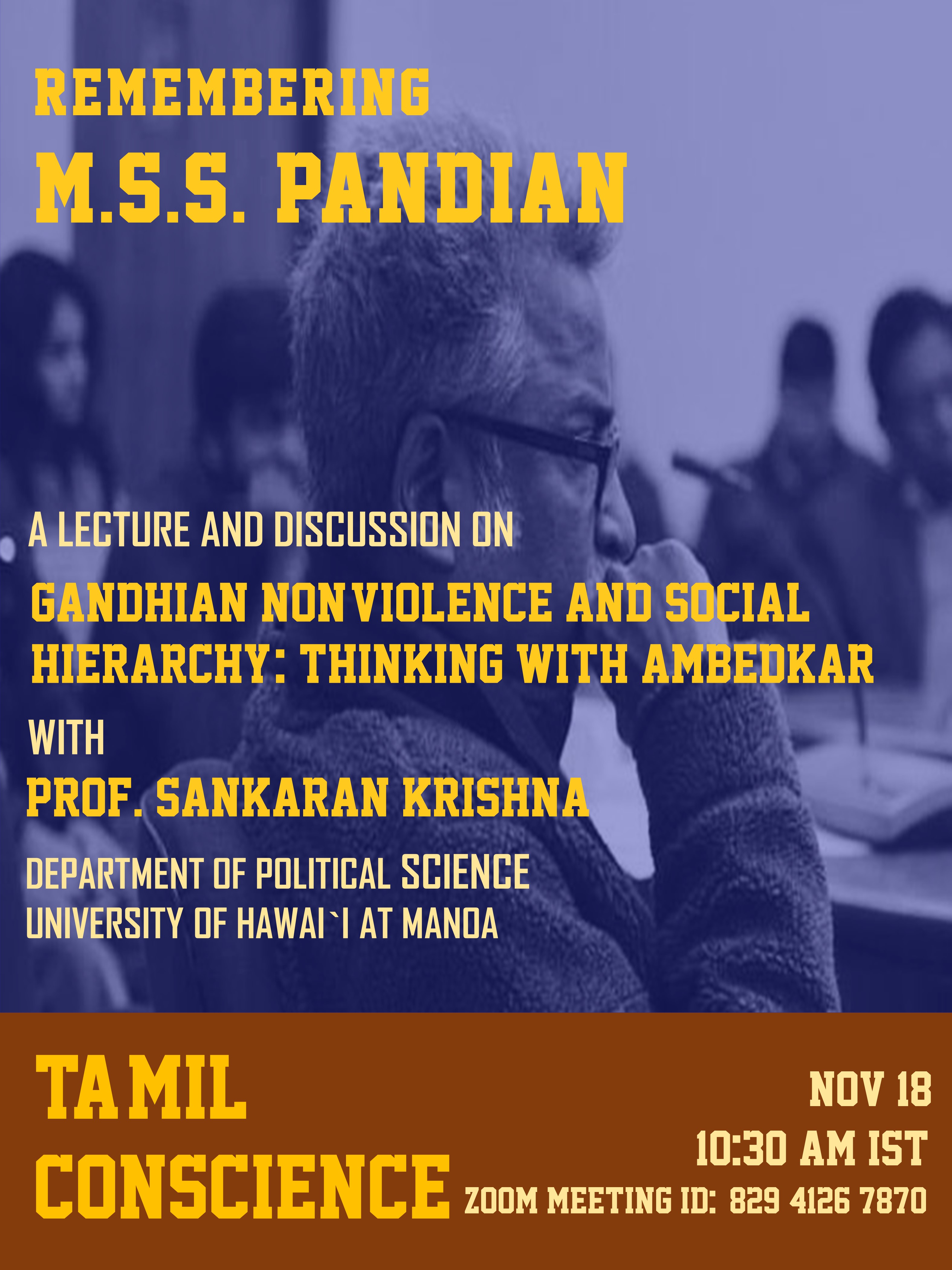 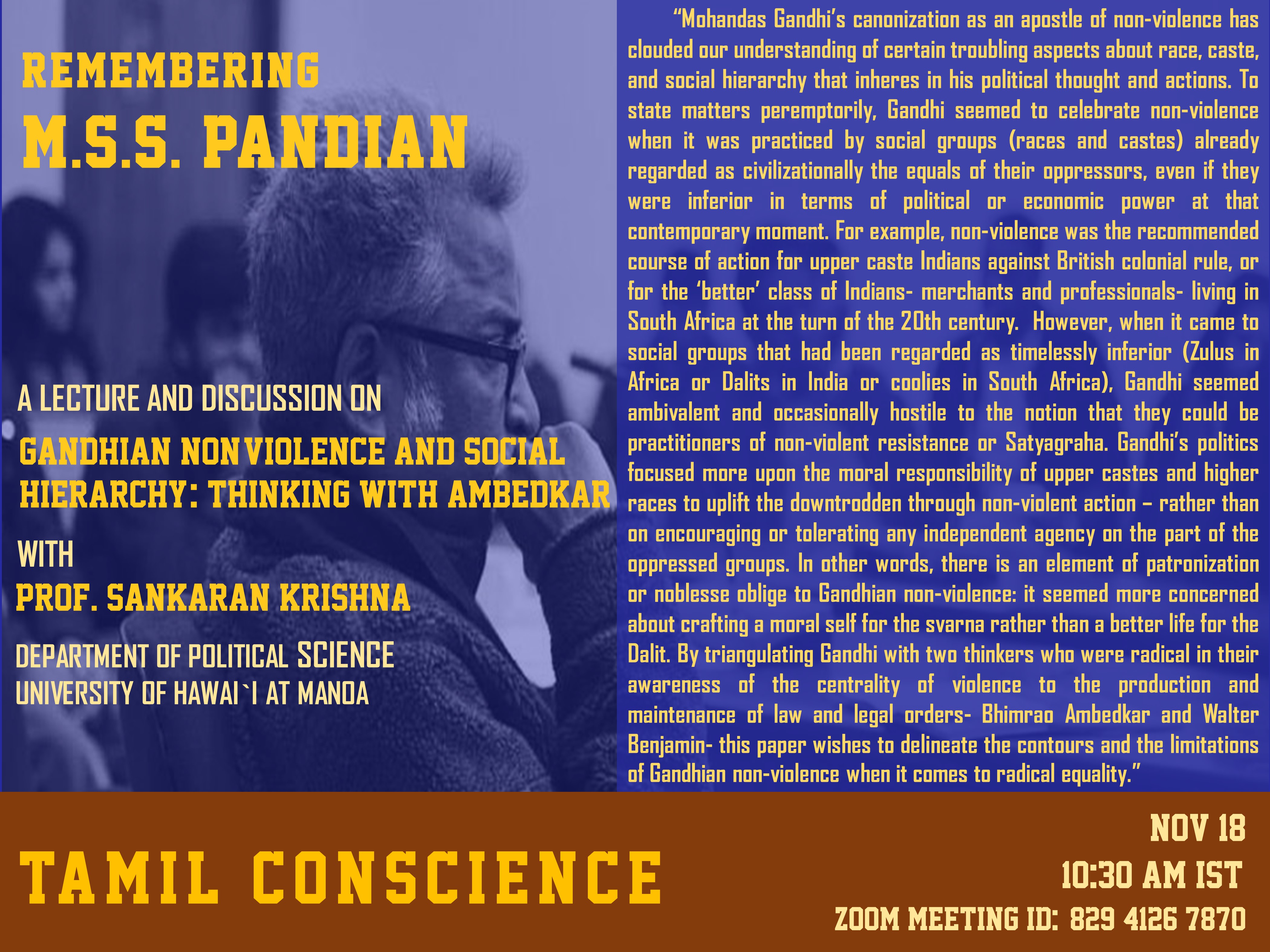 Lecture and discussion in remembrance of  Prof. M.S.S. Pandian by Prof. Sankaran Krishna

Congratulations to CSAS faculty member Dr. Priyam Das on receiving a Rapid-Response Grant on Covid-19 and the Social Sciences!