On August 1, 2014 at the University of Hawai’i at Manoa – Hamilton Library, the first ever Hawaii Digital Resources Symposium was held.

The event was well attended with approximately 60 participants and sponsored by the Hawai’i Digital Newspaper Project (HDNP). 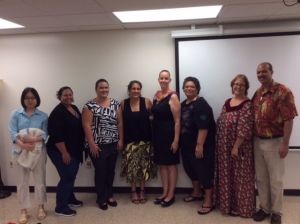