Wrayna Fairchild and Ruth Pukahi, both students of UH Library & Information Sciences program, received $500 scholarships from the Hawaii Association of School Librarians (HASL) to help pay for their graduate expenses. The official announcements were made at the HASL conference on April 30, 2016, by Sherry Rose, HASL president. 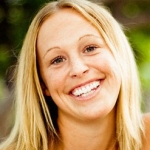 Wrayna has been an outstanding and prolific role model among LIS students. She has 10 years of teaching experience on two different continents and has been awarded 15 different grants and recognitions including, The Henry Ford Teacher Innovator Award. Wrayna completed her library internship at Manoa School with librarian Imelda Corpuz-Amano. She strongly advocates for makerspaces in school libraries for students to “explore new things but most importantly, to try and try again after failing.” 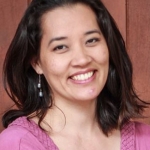 Ruth works part time at Kuhio Elementary in the library and is a mother of five children! Ruth gracefully balances raising her brood while building a successful library program: “I love the opportunity to promote literacy to the students, parents, and faculty like I did this past November by organizing a literacy fair with the help of parents and community organizations.” Ruth’s vision is based on the philosophy that “a student’s success isn’t found just within the schools but also within their homes, so I would (further) create opportunities for parents to learn and get involved with their children’s success.”