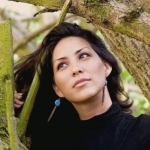 Gailyn Lehuanani Bopp, a graduate student at the University of Hawai‘i at Mānoa, is a 2016 recipient of the Harold T. Pinkett Minority Student Award given by the Society of American Archivists (SAA). The award will be presented at a ceremony during the Joint Annual Meeting of SAA and the Council of State Archivists in Atlanta, July 31–August 6.

The award recognizes minority graduate students of African, Asian, Latino, or Native American descent who, through scholastic achievement, manifest an interest in becoming professional archivists and active members of SAA.

Bopp serves as the president of the SAA student chapter of the University of Hawai‘i at Manoa and on executive board of the Nā Hawai‘i ‘Imi Loa, which aims to strengthen native Hawaiian presence in the library and information services profession and raise cultural awareness concerning indigenous collections. She also works as a library research para-professional at the Joseph F. Smith Library at Brigham Young University–Hawaii and volunteers at the Hawaiian Historical Society and the Japanese Cultural Center of Hawai’i Tokioka Heritage Resource Center.

Bopp writes that, “cultural diversity in the archival profession is actually an asset, a gift, one that has power to connect people on so many levels.” In her work, Bopp is committed to making connections between local archives and historical societies, the community, and library and archives students in order to engage the community with its history and to advocate for the value of indigenous cultures and archive practices.

Established in 1993, the award honors the late Dr. Harold T. Pinkett, who served with distinction during his long tenure at the National Archives and Records Administration and who was a Fellow of SAA. Also receiving the Pinkett Award this year is Karen Li-Lun Hwang, a graduate student at Pratt Institute in New York.