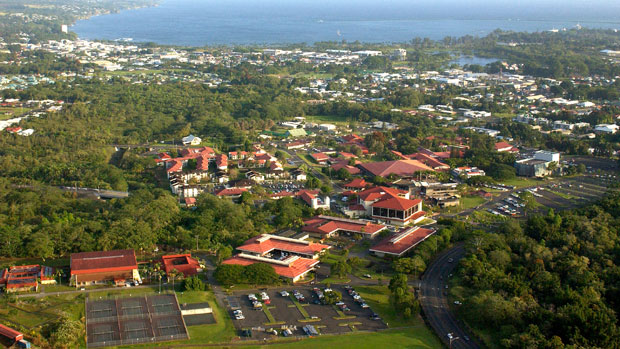 University of Hawaiʻi at Hilo students were honored with the IFSA Global Scholarships and Droste Awards.

Three UH Hilo students have been presented wth IFSA Global Scholarships which will enable them to spend an entire academic year studying overseas beginning with the Fall 2012 semester.

The scholarships provide first-generation college students with financial need an opportunity to study abroad. Each student received $3,333, which was made possible through a grant sponsored by the Institute for Study Abroad Foundation. Upon successfully completing the program, all recipients will undertake a service project to share the benefits of their experience with the community, and to encourage future students to study abroad.

The awards are made possible by a bequest by the estate of the late Howard and Yoneko Droste, longtime faculty members who taught a combined total of 45 years at UH Hilo.