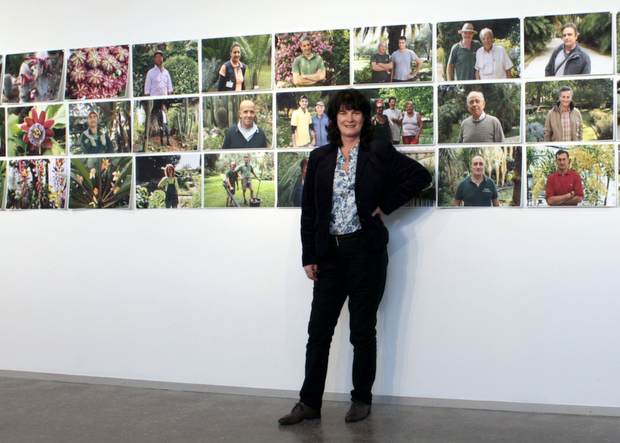 New Zealand artist and professor Cathryn Shine will be an artist-in-residence at the University of Hawaiʻi at Hilo art department in August. Shine, who recently was awarded a Fulbright Scholar Award, will embark on an artistic endeavor to call international attention to Hawaiʻi’s endangered species—a project that will include many key players, including a broad range of people in the UH and Hawaiʻi Island communities.

During her time in Hawaiʻi, Shine will undertake the Hawaiian Endangered Species Print Project, which will include artists, scientists, academics, faculty and students of Hawaiʻi, using digital laser technology in printed artworks.

In her artist’s statement sent to UH Hilo, Shine writes, “Hawaiʻi has an invaluable unique flora and fauna and is home to over 10,000 native species, more than 90 percent of which are found nowhere else in the world. The endangered species of Hawaiʻi are extremely important to preserve, as their unique properties are yet to be fully studied or their application in the present world understood. This project will bring international attention the fragility of the Hawaiian environment and its endangered species, revealed through a series of fine art prints.”

Shine says that relief prints will be produced using laser cut plates developed at The Makery in Hilo, and then hand-printed at the UH Hilo art department print studio. Various mediums will be used such as hand drawings, scientific diagrams, photographs and computer generated drawings, which she says could lead “to the conceptual developments of each artwork being as diverse as those species being featured.”

“Artists and scientists will collaboratively develop the conceptual dynamics of each artwork bringing attention to special characteristics of each species, and revealing the significance of their place in the Hawaiian cycle of life,” explained Shine.