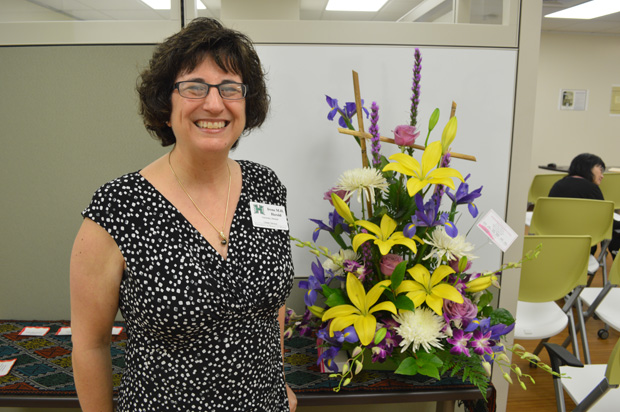 Irene M. H. Herold, university librarian at the University of Hawaiʻi at Mānoa, has been e lected vice-president/president-elect of the Association of College and Research Libraries (ACRL). She will become president-elect following the 2015 American Library Association Annual Conference in San Francisco and assume the presidency in July 2016 for a one-year term.

“ACRL is a community of impressive, intelligent, and engaged members,” Herold said. “I will do my best to honor the trust you all have placed in me as your vice president/president-elect. I look forward to the next three years continuing the momentum of the association while collaborating with the board, staff, and members. While humbled by the legacy of impressive leaders of the past, I will strive to bring aloha spirit to my term as part of my approach to leadership.”

Herold’s activities in ACRL include serving as a member of their board of directors and on several committees. Herold additionally served the college libraries section as vice-chair/chair/past-chair.

“ACRL is delighted to have Irene M.H. Herold join the board as vice-president/president-elect,” said ACRL Executive Director Mary Ellen K. Davis. “Irene’s service as director-at-large for the last four years means she is already familiar with the issues before the board and will be able to easily transition to her new role. Her knowledge of ACRL, academic librarianship and the broader higher education environment, along with her leadership in both ACRL and other organizations, will be an asset to the board as it continues to work with members to meet their needs and to advance the plan for excellence.”

Herold has been honored as a member of the Beta Phi Mu International Library and Information Science Honor Society and the Phi Alpha Theta International Honor Society in History. She received the ALA/READEX/GODORT Catharine J. Reynolds Award and was a full scholarship recipient for the PhD program for managerial leadership in the information professions from Simmons College.

For more, read the Association of College and Research Libraries news release.