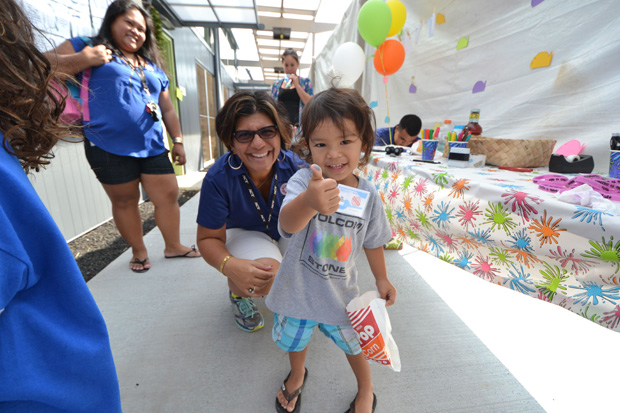 Hawaiʻi Community College–Pālamanui hosted events on Friday, February 26 and Saturday, February 27 that celebrated the opening of the new campus in West Hawaiʻi.

The college conducted a Moku Ka Piko ceremony on Friday to bless the campus.

Moku Ka Piko is a traditional ceremony that blesses and dedicates a newly constructed home. It literally means “to sever the umbilical cord” as the opening of a new home is likened to the birth of a child. The ceremony acknowledged Hawaiʻi CC–Pālamanui as the new home for higher education in West Hawaiʻi.

“I just wanted to congratulate all those who worked so hard for many years to bring this campus to fruition and I am so proud to be able to serve as your governor when we have this ceremony launching the birthing of this new campus,” said Ige. “Congratulations to all, congratulations to the community for making this center a true community center for higher learning.”

Nā Leo TV broadcast the Moku Ka Piko ceremony live. A re-broadcast can be viewed on the Hawaiʻi Island public access station or via the Nā Leo TV website. 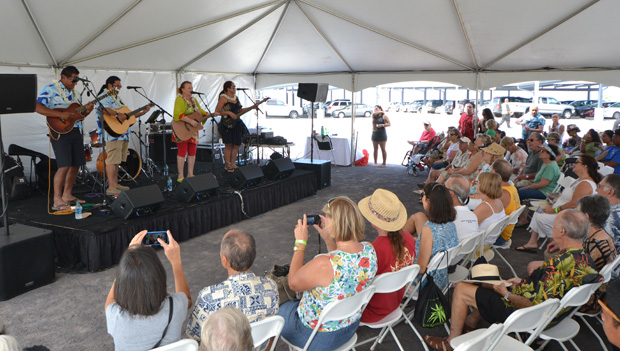 On Saturday, hundreds of community members visited the campus for the Open House and Grand Opening Celebration.

“I am so impressed with this beautiful campus, and I’ve been here since Kona didn’t have any of this,” said longtime Kona resident Jean Yokoyama-McDonald, who attended Saturday’s event. “I’m so proud of Kona for making this come to fruition.”

Fletcher added, “It’s incredibly exciting to see so many community members enjoying themselves at the new campus. They’ve waited a long time for these facilities, and we are thrilled they came out to celebrate and learn about the higher education options in their community.” 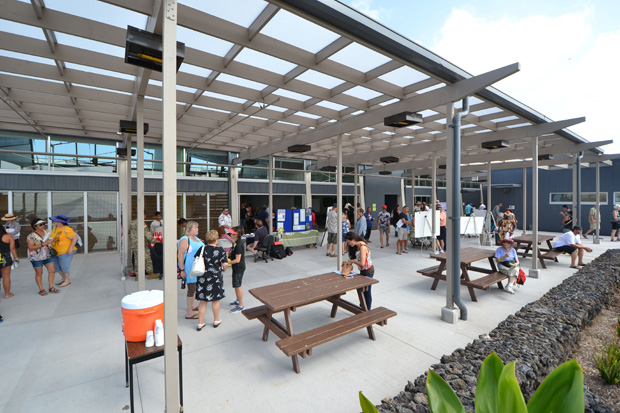