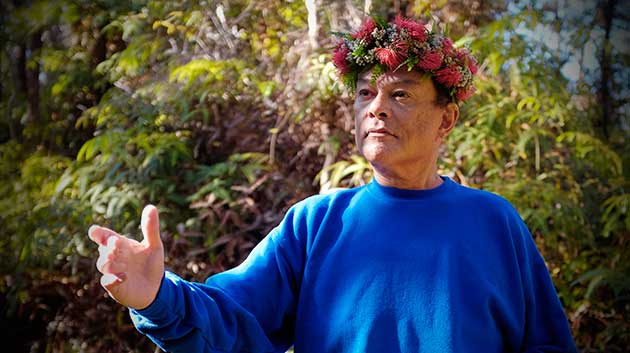 A strong show of public support for the #ohialove crowdfunding campaign to bank ʻōhiʻa tree seeds in the face of the Rapid ʻŌhiʻa Death (ROD) epidemic has encouraged organizers to increase their fundraising goal.

“Increasing our goal to $50,000 will allow us to double the amount of seeds collected, processed and stored,” explained Lyon Arboretum Seed Conservation Laboratory Manager and project leader Marian Chau. “The additional funds would also allow two additional trips to Hawaiʻi island to collect more potentially ROD-resistant ʻōhiʻa tree seeds that could be highly valuable for restoration.”

The initial goal of $35,000 for the seed banking effort was reached in about two months with 407 individual contributions via GoFundMe.com/ohialove. The money enabled the staff to begin collecting, processing and preserving ʻōhiʻa seeds for future re-introduction into the Hawaiian forest.

Rapid ʻŌhiʻa Death is a virulent disease that has killed more than 100,000 ʻōhiʻa trees on Hawaiʻi Island, impacting the entire Hawaiian forest ecosystem. Seed banking is a proven technique for plant conservation especially during crisis that put species at high risk.

The mission of the Seed Conservation Laboratory is to prevent the extinction of Hawaiʻi’s rare plant species. Currently they have banked more than 11 million seeds, representing about 40 percent of native Hawaiian flora, more than half of which are endangered.

Laka dwells in the forest,
Stands atop Moʻohelāia,
An ʻōhiʻa kū tree of Maunaloa.
Kaulanaʻula has compassion for us.
Here is a sacred thing, my affectionate appeal to you, Laka.
O Laka, hear my voice, inspire us.