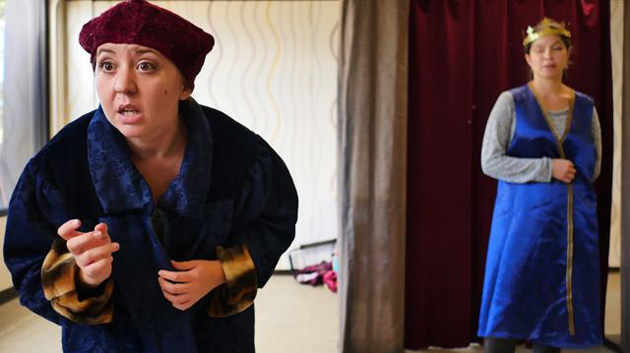 Performances of Hamlet are some of many events scheduled around a very special Shakespeare exhibit at Kapiʻolani Community College, an opportunity to see a rare compilation of the bard’s works.

Four hundred years after William Shakespeare’s death, Kapiʻolani Community College is serving as the host site in Hawaiʻi for First Folio! The Book That Gave Us Shakespeare, a national traveling exhibition of one of the world’s most treasured books.

Published seven years after his death in 1616, this rare volume was assembled from plays owned by actors and friends and printed in his memory. 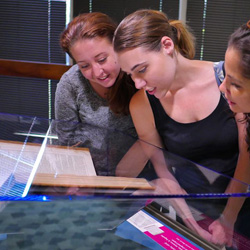 Of the 233 copies of the First Folio that survive today, 82 are in the Folger Library in Washington DC and one of those rare volumes is on display at Kapiʻolani Community College.

“Without that book, we would not have 18 of Shakespeare’s plays,” said Mark Lawhorn, Kapiʻolani CC associate professor of English. “They weren’t published. They were only first published in that First Folio.”

Those 18 titles include beloved works such as Macbeth, Julius Caesar and As You Like It.

The exhibit wowed Kapiʻolani CC student Montana Toyama, “The fact that something that old has maintained such great condition and that it’s available for everybody to see. That’s amazing,” she said.

Kapiʻolani CC student Michell Sanchez agreed. “It’s something that I think you should really come and experience,” Sanchez said. “It’s really interesting and broadens your horizons on the arts.”

The First Folio Exhibit runs through May 25th. For more information on the exhibit and related Shakespearean events, go to the Kapiʻolani Community College website. 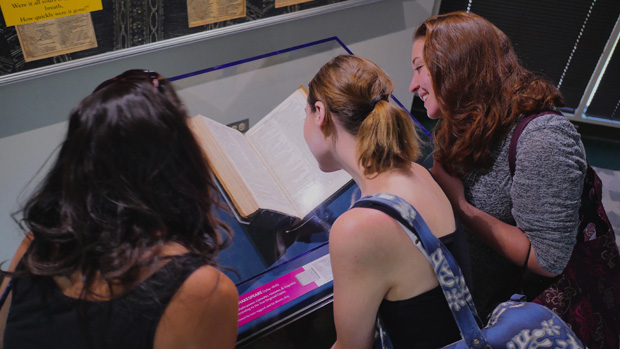