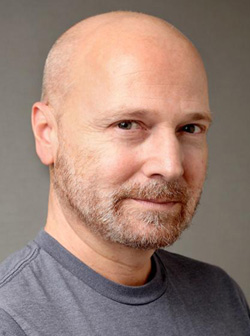 Marc Moody’s feature screenplay Union won Best Drama Feature Screenplay at the 2016 Richmond International Film Festival. Moody, an associate professor at the University of Hawaiʻi at Mānoa School of Communications, has also placed as Quarter-Finalists at the ScreenCraft Screenwriting Fellowship.

Union is the story of two charming grifters, who are also lovers, and their pet duck Henry. They join the Union army when they are caught cheating at cards and their relationship is put to the test as they face the horrors of the American Civil War.

The Richmond International Film Festival is a competitive festival that accepts features and shorts of all genres and niches (films and screenplays). An inclusive and spirited festival designed to honor international film artists, the festival is now one of the largest international competitive festivals in the Mid-Atlantic. It brings more than 100 official selection film screenings, industry panels, live musical performances, red carpet awards, the FLOW Conference, entertainment mixers and more. The festival brings the spirit of Hollywood to Richmond, Virginia at the historic Byrd Theatre and Bowtie Movieland Theatres.

More on the ScreenCraft Screenwriting Fellowship