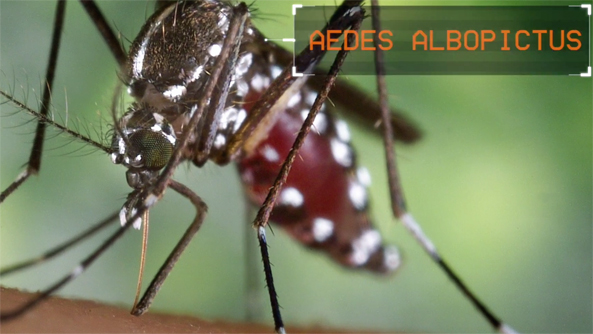 The National Disaster Preparedness Training Center (NDPTC) at the University of Hawaiʻi focuses on natural hazards like climate change and other threats to coastal and island communities. Under a cooperative agreement with the U.S. Department of Homeland Security, Federal Emergency Management Agency, NDPTC has developed a short video in partnership with the State of Hawaiʻi Department of Health and the University of Hawaiʻi as part of its Just-in-Time Training initiative to promote awareness and deliver basic information about the Zika virus. The center has developed other Just-in-Time Training on tsunamis, volcanoes, and other emerging threats and hazards.

In this video, Sarah Park, state epidemiologist and chief of the Hawaiʻi Department of Health’s Disease Outbreak Control Division, provides key information about the virus including its potential for spreading from an infected pregnant woman to her fetus causing birth defects and transmission via mosquitoes and through sexual contact.

Zika has been found in the Americas, Oceania/Pacific Islands, Africa and Asia. According to the Center for Disease Control, travel-associated cases of the Zika virus have been found in every U.S. state except Alaska and Wyoming, and in every U.S. territory except Guam and American Samoa. Locally acquired cases have been found in only Florida, American Samoa, Puerto Rico and U.S. Virgin Islands. It is spread by the bite of an infected Aedes species of mosquito (Aedes aegypti and Aedis albopictus). With the impact of climate change there has been a growth in regions that support mosquito habitats worldwide, increasing the world’s vulnerability to mosquito-borne diseases.

“We are particularly concerned about Zika and other mosquito-borne diseases because of their potential impacts on vulnerable, at-risk populations,” said Karl Kim, professor of urban and regional planning at the University of Hawaiʻi at Mānoa and executive director of the National Disaster Preparedness Training Center. “We need to increase awareness of the disease but also work towards effective strategies for monitoring as well as combating Zika. As a global visitor destination, Hawaiʻi needs a multi-pronged approach involving health care providers, urban planners, emergency responders, as well as households and businesses is needed to manage this health threat.”

Homeowners and businesses need to protect themselves against mosquitoes and implement effective programs for mosquito control. Training and education is needed to increase preparedness as well as response and mitigation capabilities.

NDPTC is committed to provide relevant and up-to-date training and education on the latest threats to our society.