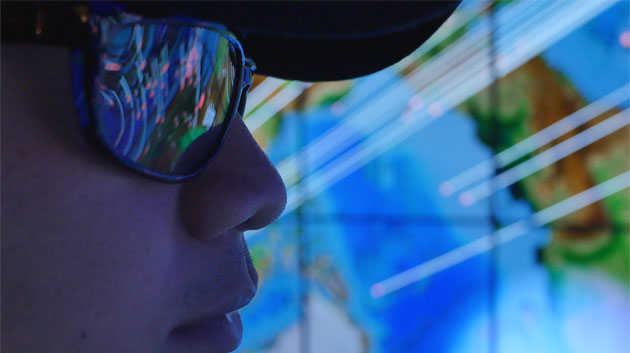 You could say the world’s best hybrid 3D visualization system is the apple of Noel Kawano’s eye. It should be. The masters in engineering student and a handful of others at the University of Hawaiʻi at Mānoa designed and built the immersive virtual reality environment with ultra-high-resolution display walls.

“[The students] did everything from the design of the structure to coming up with the specs for the computer to developing the software that had to be used to drive the system. Even designed custom 3D printed parts so that we could align all of the displays together,” Leigh said.

The research tool enables visualization of big data and the immersive 3D environment with 256-million-pixel resolution needs the computing power equivalent to 32 of the latest 4K TV sets. The $250,000-project was funded by the National Science Foundation and the UH Academy for Creative Media System. Information and computer science masters student Jack Lam eventually realized the CyberCANOE would need eight computers, much more power than he was used to.

Lam said, “Being able to work on this set up is a dream.”

Undergraduate computer science major Ryan Theriot designed the all-important software for researchers and scientists to put their projects into the Destiny-class CyberCANOE.

“It teaches you a very good toolset in being able to work as a team in a very real world setting, instead of just in a classroom,” he said.

After you’ve helped to build the best hybrid data visualization environment in the world, what’s next? For some students it’s pitching the intellectual property to investors for possible commercialization.

“Our pitch is that we’ve taken tried, true systems…and we’ve made it 10-times better and we’ve done it here in Hawaiʻi, all built by students,” Kawano said, “We definitely have the wow factor.”

And they want the University of Hawaiʻi’s world-class researchers to use the Destiny-class and the next generation of CyberCANOEs to explore scientific worlds from inside the earth to deep space and beyond. 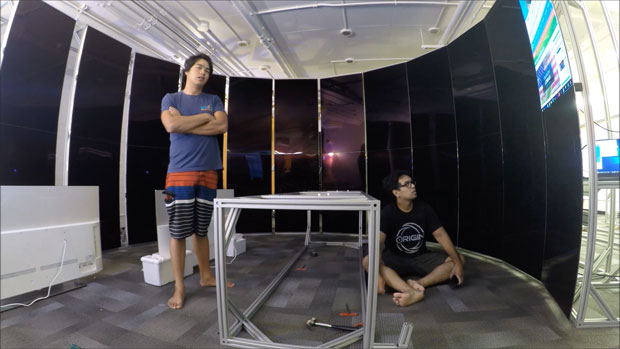