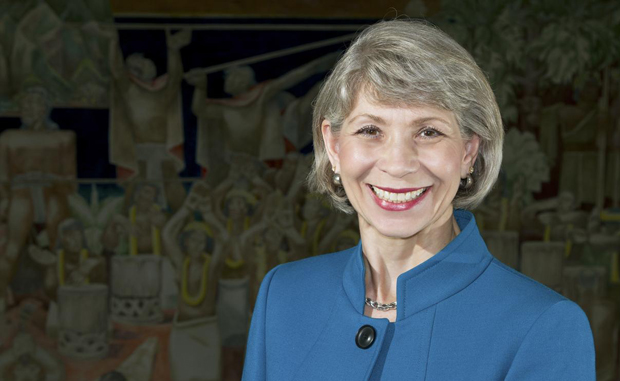 Donna Vuchinich, president and CEO of the University of Hawaiʻi Foundation, was honored with the 2017 Council for Advancement and Support of Education (CASE) Commonfund Institutionally Related Foundation Award.

Vuchinich has more than 35 years of experience in public university fundraising. Before joining the UH Foundation, she served in administrative and leadership positions with the Oregon State University Foundation and the University of New Mexico Foundation.

Under her leadership, UH Foundation has seen dramatic fundraising growth in support of UH’s 10 campuses. Vuchinich is credited with growing the UH Foundation endowment from $113.2 million to more than $260.7 million; leading the largest capital campaign in Hawaiʻi’s history (the Centennial Campaign, which raised $336 million); and enabling UH to cross the $1 billion fundraising mark. Just this week, the UH Foundation announced the successful completion of its most recent capital campaign, achieving its $500 million goal 15 months ahead of schedule.

UH Foundation Board of Trustees Chair T. Michael May wrote in his letter of support, “True leadership goes beyond the numbers. A true leader imbues their organization with fire for their mission and coalesces staff actions with personal values. Donna does just that.”

CASE is a professional association serving educational institutions and the advancement professionals who work on their behalf in alumni relations, communications, development, marketing and allied areas.

For more, read the full story on the University of Hawaiʻi Foundation website.