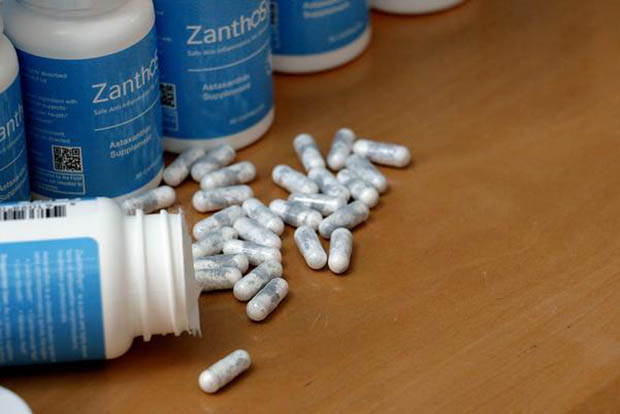 The proprietary Cardax astaxanthin compound CDX-085 developed by the University of Hawaiʻi at Mānoa John A. Burns School of Medicine (JABSOM) and Hawaiʻi based life sciences company Cardax, Inc. was selected by the National Institute on Aging for its anti-aging Interventions Testing Program. The institute is part of the National Institutes of Health (NIH).

“Getting into the Interventions Testing Program with the National Institute on Aging is a game-changer,” said Bradley Willcox, professor and director of research at JABSOM’s Department of Geriatric Medicine. “It puts CDX-085, Cardax’s proprietary astaxanthin compound, into a very elite club of compounds that have the potential to become true anti-aging therapies.” Willcox is principal investigator of the NIH-funded Kuakini Hawaiʻi LIFESPAN and HEALTHSPAN Studies and Cardax Scientific Advisory Board member.

In March of this year, JABSOM and Cardax jointly announced that CDX-085 showed the ability to significantly activate the FOXO3 gene in mice, which plays a proven role in longevity.

“Out of all the compounds they could have chosen, they chose ours,” said David G. Watumull, Cardax CEO. “It’s an important validation of the work that we’ve done here in Hawaiʻi.”

The National Institute on Aging ranked the proposal submitted by Willcox and Richard Allsopp, associate professor at JABSOM’s Institute for Biogenesis Research, a “high priority,” its highest ranking.

“The information we get from the ITP is going to be quite significant and should greatly enhance our knowledge of how astaxanthin/CDX-085 affects aging,” said Allsopp.

The National Institute on Aging funds the rigorous and extensive studies included in the ITP, which are conducted at several labs across the country.

The ITP will build upon the research by JABSOM and Cardax demonstrating the ability of CDX-085 to activate the important anti-aging gene FOXO3 in mice. CDX-085, like the company’s first generation dietary supplement, ZanthoSyn™, delivers astaxanthin to the bloodstream with optimal absorption and purity.

Read more about the astaxanthin research at the JABSOM website.