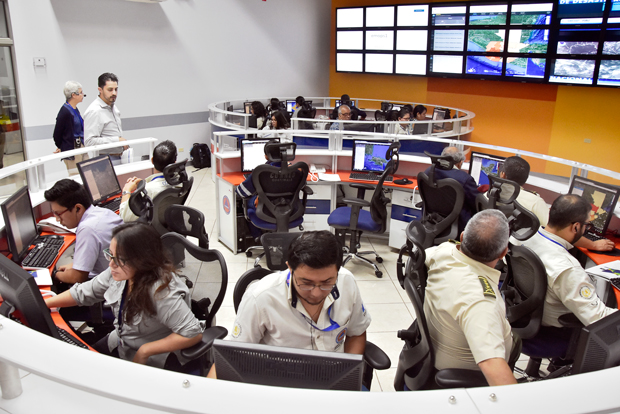 Guatemala is one of the most populous and economically developed countries in Central America, yet despite its economic strength it remains one of the most disaster-prone countries in the world, home to three dangerous volcanoes, frequent earthquakes, hurricanes, floods and landslides. Densely populated urban areas as well as hard-to-access rural communities are both exposed to extreme hazards—making communities throughout the country especially vulnerable.

To tackle these challenges, the government of Guatemala is undertaking many new initiatives including the recent partnership with the Pacific Disaster Center (PDC) to provide scientific data, decision-support tools and a five-year action plan to increase disaster resilience through its National Disaster Preparedness Baseline Assessment (NDPBA) program.

“PDC’s National Disaster Preparedness Baseline Assessment is a tool that is being utilized by countries throughout the world to help accomplish international priorities outlined by the UN Sendai Framework for Disaster Risk Reduction. With so much at stake, we are honored to be a part of this effort to aid decision making and humanitarian assistance and to help create a safer Guatemala,” said the Center’s Director of Disaster Services Erin Hughey of the more-than-year-long collaborative project.

Working with PDC to combine information from across sectors into its powerful decision support system, DisasterAWARE, different ministries and stakeholders now have access to the same assessment data, all in one place, through a web-based interface that encourages information sharing and collaboration between agencies.

Describing the value of the program, Manolo Barillas, National Disaster Response Advisor of the United Nations System of Guatemala said, “I see it is going to be a very important tool for planning and response. In moments of response, we enable a situation room in the World Food Program office where we have all the technological equipment to analyze the situation and make decisions, and surely from now on, this PDC platform will be in our situation room.”

University of Hawaiʻi president David Lassner described the project by saying, “Developing nations have among the highest risk populations and with these scientific tools in hand, the NDPBA is empowering decision makers within countries like Guatemala to develop strategies and prioritize investments that will help protect lives and livelihoods for generations to come.”

As PDC’s final NDPBA workshop with Guatemala comes to completion, the partnership between PDC and Guatemala will continue well into the future. Both parties have recently signed a memorandum of understanding to enable future collaboration that will look at developing programs to implement the NDPBA five-year action plan recommendations.

For more information about PDC and the National Disaster Preparedness Baseline Assessment, visit the PDC website.