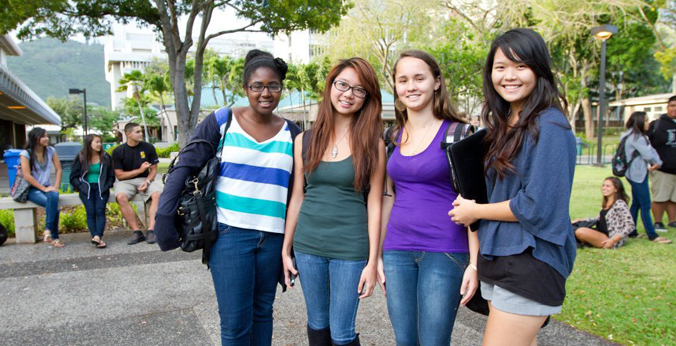 The University of Hawaiʻi at Mānoa has received more global recognition of its academic and research excellence in a national and international rankings released on September 5.

The 2018 Times Higher Education World University Rankings rated UH Mānoa number 63 in the nation, up from 69 last year—representing its best showing ever in the Times ranking. According to the U.S. Department of Education, there are more than 3,000 four-year universities in the nation.

“This upward movement on the Times ranking is a bright note recognizing the hard work and continued dedication of our faculty, who teach students and lead research efforts that make an impact on a global level,” said Michael Bruno, UH Mānoa interim vice chancellor for academic affairs and vice chancellor for research.

Internationally, Mānoa is still ranked in the 201–250 tier. There are approximately 4,000 international research institutions according to Essential Science Indicators and at least 26,000 universities in the world.

The Times rankings are the only global university league tables to judge research-intensive universities across all of their core missions—teaching, research, knowledge transfer and international outlook.

UH Mānoa also ranks among the top 100 U.S. universities in other international rankings, including number 71 in the Academic Ranking of World Universities, based at Shanghai Jiao Tong University in China, and number 69 in the United Kingdom-based QS World University Ranking.