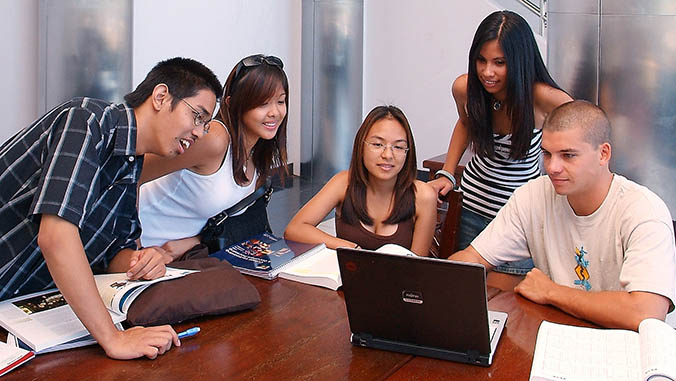 UH West Oʻahu is up 4.9 percent to 3,082 students, continuing the trend that began in 2012 when the school moved to its Kapolei campus. UH West Oʻahu was recently recognized as the fastest growing public baccalaureate campus in the nation. Windward Community College enrollment remained unchanged, while the other eight campuses experienced varying declines.

The overall decline was no surprise, as UH continues to graduate more students on time while competing for students with a tight local labor market experiencing extraordinarily low unemployment. University leadership remains committed to reversing the enrollment declines through a proactive enrollment management program informed by statewide data and analysis.

“We need to continue our great work increasing timely graduation of students while building greater successes in our recruitment, retention and transfer programs,” said UH President David Lassner. “There are a number of positives in this fall’s data, but it is just a start.”

The fall 2017 numbers demonstrate a number of successes in enrollment. Along with UH West Oʻahu’s overall enrollment increase, UH Hilo recruited 415 first-time freshmen in fall 2017, up 12.5 percent from last fall.

There are 1,959 first year freshman enrolled at UH Mānoa in fall 2017, just 13 students off last year’s record. UH Mānoa received a record 13,196 applications during the past recruitment year, and its first-year retention rate is up two percent to 78 percent, reversing two years of declines.

The university has also achieved its overall goal of increasing the enrollment of traditionally underrepresented ethnic groups to the proportions of their populations in the state.

And in focusing on its mission as a public system to provide access to those with the least capability to afford higher education, the UH System and all major units increased the number of first-time freshmen receiving Pell Grants from the federal government.

Economy’s impact on the CCs

Hawaiʻi’s strong labor market and low unemployment is one factor that affected enrollment at community colleges.

“The strong economy has certainly pulled students out of the community colleges,” said Vice Chancellor for Community Colleges John Morton. “We are working to be sure we provide a way for those students to complete their college degrees while working, as well as the many other students who have left college credits but no degree.”

Community college students with financial need are encouraged to contact their campus financial aid offices about the Hawaiʻi Promise Scholarship program that covers the unmet costs of tuition, fees, books and supplies for students with need.