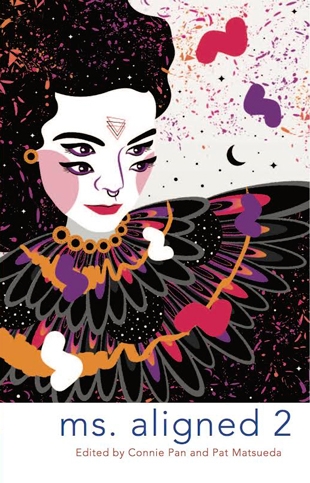 Ms. Aligned 2: Women Writing About Men is an anthology of fiction, poetry and nonfiction in which 15 women writers explore male thinking, behavior and identity from the male point of view or through a prominent male character.

Published by El León Literary Arts, this is the second book in the Ms. Aligned series.

Jill McCabe Johnson, an award-winning poet and the series editor of the University of Nebraska Gender Programs anthologies, says in the foreword that the Ms. Aligned authors have “portrayed more nuanced representations of the masculine experience that begins with the archetypal and mythological, but troubles it, complicates it, causes us to challenge our own fundamental beliefs against a more complex and realistic array of expression. The challenge is not in being able to portray what is especially or particularly male. The challenge lies in portraying fully realized males, including those aspects of personality somehow deemed ‘feminine.’”

Kristiana Kahakauwila, a hapa writer of Kanaka Maoli (Native Hawaiian), German and Norwegian extraction, writes, “To read Ms. Aligned 2 is to witness women writers writing forward—out of old tropes, expected ways of being, and into something fresh, memorable, filled with discovery.”

The anthology was funded in part by the SEED IDEAS office of the University of Hawaiʻi at Mānoa.