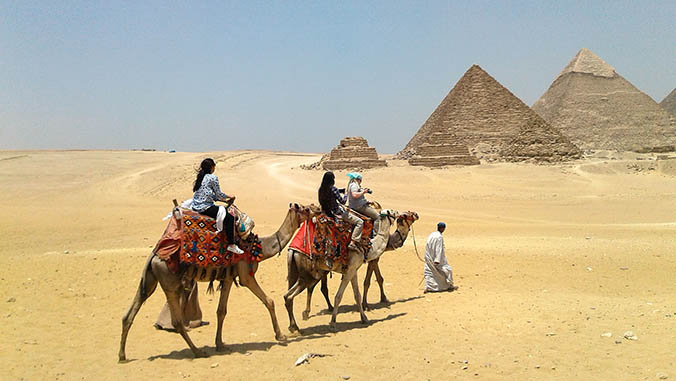 University of Hawaiʻi at Mānoa Professor Robert Littman has been selected as the 2018 recipient of the Archaeological Institute of America (AIA) Martha and Artemis Joukowsky Distinguished Service Award. The institute is considered the nation’s leading archaeological organization with 220,000 members and promotes inquiry and public understanding of the human past.

Littman is a professor in the College of Languages, Linguistics and Literature and has been teaching at UH since 1977. He is a world renowned scholar in Greek history and literature, ancient medicine and archaeology and will receive his award in Boston in January.

“I think it is very good for the University of Hawaiʻi to have national and international exposure,” said Littman. “It is a pleasure to get it but it really represents a lot of hard and selfless work by others in the field.” 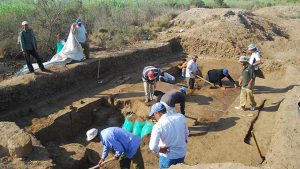 One of the reasons Littman is being recognized by AIA is for his ongoing UH Tell Timai Project, a decade-long excavation in an ancient Egyptian city in the Nile Delta. Littman and colleague Jay Silverstein, a UH Mānoa adjunct professor, have been directing archaeological activities at the Tel Timai site since the project’s inception in 2007.

To date, more than 70 UH Mānoa students have traveled to Egypt to participate in the excavation of Thmouis in Timai El Amdid, Egypt, a flourishing city from 500 B.C. to about 600 A.D. for the Egyptians followed by Greeks and then the Romans.

“It’s an experience that few people get in their whole lives and particularly here in Hawaiʻi,” said Littman. “They get exposed to ancient Egyptian culture, they learn about archaeological techniques and they also learn how to function in a non-English speaking society.”

The students spend six weeks assisting in high-tech surveys and meticulous digging to uncover the settlement’s buildings and artifacts, such as pottery, coins and broken columns. Jessica Burden, a Kapolei High School graduate double majoring in anthropology and classics, participated in the UH Tell Timai Project and says it changed her perspective of the world.

“Traveling all the way to Egypt was my first big trip off the island,” said Burden. “It really opens your eyes. We get a lot of reports, especially in that area of the world, about the conflicts and issues going on there, but once you get there, you don’t really get that. You just meet wonderful people who are interested in talking to you. It led me down a path of wanting to travel more and learn more.” 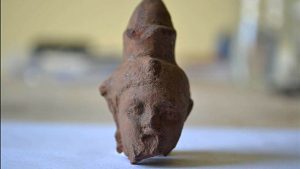 A recent discovery by the UH Tell Timai Project is the cover story, “In the Time of the Rosetta Stone,” in the November/December 2017 issue of Archaeology. It ties an episode of destruction in Tell Timai to early 2nd century B.C. events described on the Rosetta Stone. Found in 1799, the Rosetta Stone was the key to deciphering Egyptian hieroglyphs. Tell Timai researchers had identified a destruction layer in the ancient city with weapons, destroyed buildings and remains of people who died violent deaths.

“The trick was taking this destruction event and tying it the chronological events that we knew of in history.” said Silverstein. “It is the first time that evidence of some of the events on the Rosetta Stone have actually turned up in the archaeological record.”

How to Make a Mudbrick at Tell Timai (Ancient Thmuis)