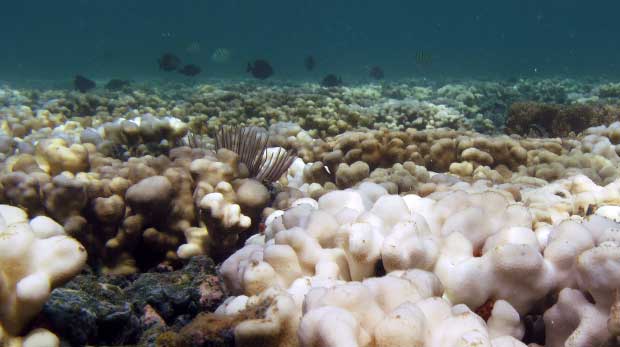 Fifty scientists from the University of Hawaiʻi are among the more than 15,000 scientists who signed the World Scientists’ Warning to Humanity: A Second Notice.

The warning comes on the 25th anniversary of the first warning document.

In 1992 scientists wrote that humanity was pushing Earth’s ecosystems too far and that fundamental changes were needed “if vast human misery is to be avoided.”

In this year’s follow-up notice scientists say that humanity, for the most part, has failed to address critical issues, particularly climate change.

“What most people don’t understand is that environmental threats are worsening at a faster and faster pace,” said Mark Hixon, UH Mānoa professor and Hsiao Endowed Chair in Marine Biology. “If we don’t act decisively and soon, it will be too late for our grandchildren,” Hixon said.

All of the UH signees are with UH Mānoa, unless otherwise noted.

Two scientists who also signed the 1992 warning are noted with an asterisk.