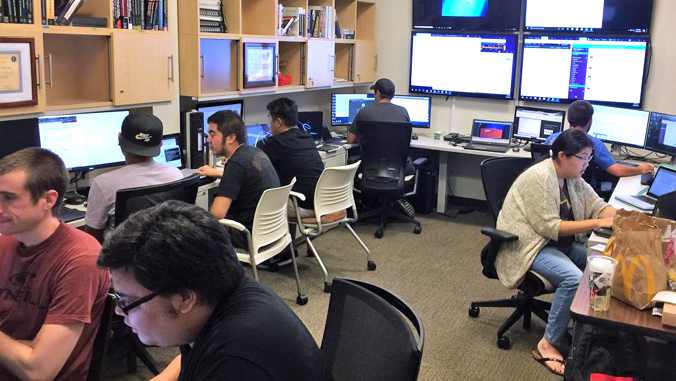 A team of University of Hawaiʻi–West Oʻahu cyber security students placed first in its bracket in the Fall 2017 National Cyber League (NCL) Season, helping to propel it to an overall second place out of 184 teams nationally.

The team competed in Gold—the highest competitive level of the three brackets—which is open to experienced players with the highest levels of knowledge and skills. Only the top 15 percent of players compete in this category.

NCL provides a cybersecurity training ground in a game-like environment that requires participants to work individually in regular season and in teams during postseason games. The competition is designed for participants to solve real problems, with actual deadlines, under enormous time, technical and resource constraints.

The team competed in nine categories, coming in first nationally in four:

“Our students never cease to amaze me, not only in terms of their technical expertise, but their dedication and work ethic that make them the best in the nation,” said Matthew A. Chapman, UH West Oʻahu associate professor of information technology and cybersecurity. “The solid cybersecurity foundation that many of the students learn at UH community colleges, including Honolulu Community College, Leeward Community College, and Kapiʻolani Community College, is a driving force in their continued success.”

For more on the competition, read E Kamakani Hou.