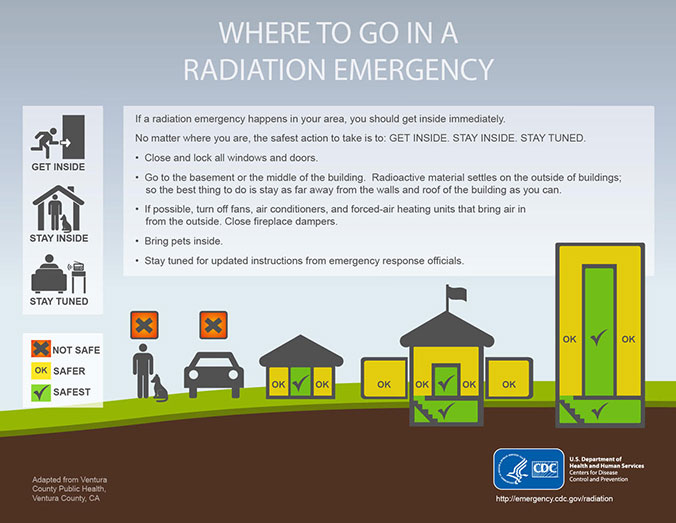 This message was shared with UH students, faculty and staff of all 10 campuses on January 22, 2018.

It is clear from the response to the ballistic missile false alarm on Saturday, January 13, that there was confusion by some regarding where to go and what to do upon and after an alert. Although experts all agree that the chances of an actual nuclear missile attack on Hawaiʻi are extremely remote, it is important that everyone understand how to prepare and how to react.

According to the Hawaiʻi State Department of Defense, there are no public shelters (blast or fallout) designated in the State of Hawaiʻi because of the short warning time for such an event. The Hawaiʻi Emergency Management Agency further states there are no plans to designate specific spaces as nuclear attack shelters.

As University of Hawaiʻi President David Lassner stated in his January 16 message to the entire UH community, university emergency personnel across our campuses are actively updating and developing plans and instructions to be provided in advance and during an event that will include the best locations for initial places of safety on each campus. The process had already begun in the fall semester shortly after the new threat emerged for the entire state.

Here is information that can be utilized no matter where you are in the event of an unlikely nuclear missile attack and resulting radiation emergency. Immediate action is necessary due to the short warning period, an estimated 12 to 15 minutes. Federal and state emergency agencies advise the following:

Preparing for an event

Given the short time frame between a warning and the event, there are preparations that residents should make in advance. These are the same recommendations that apply to preparing for a hurricane or other natural disasters.

A nuclear missile attack is also a radiation emergency, and radioactive material can settle on clothing and the body, like dust or mud. If exposed, the recommended guidance for after the blast from federal authorities is to carefully remove the outer layer of clothing before entering a building. Once inside, wash the parts of your body that were uncovered when you were outside and put on clean clothing. This will help limit radiation exposure and keep radioactive material from spreading.

The U.S. Centers for Disease Control has more information on radiation emergencies.

This is the best advice available from experts at this time considering the nature of this type of event and limited amount of warning time. It is important to remember that a nuclear missile attack in Hawaiʻi is extremely unlikely. But everyone still needs to be aware, informed and prepared. UH encourages students, faculty and staff to stay informed through government agencies and news outlets, and to sign up for government alerts including UH Alert.

(Icon images from the CDC)