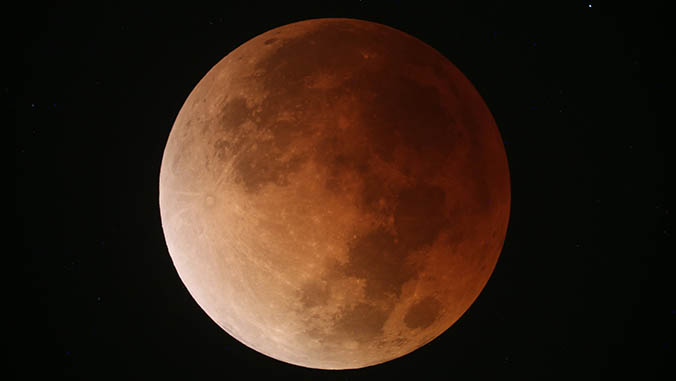 A rare super blue blood moon combination didn’t disappoint those in Hawaiʻi who either stayed up late or got up early despite the threat of clouds and rain.

The trilogy featured a super moon, which is when the moon’s orbit is closest to Earth making it appear about 14 percent brighter than normal; a blue moon, which is the second full moon of the month; and a total lunar eclipse.

The moon took on a reddish hue as it passed through the Earth’s shadow because of the way Earth’s atmosphere bends light, hence the name blood moon.

Clouds were forecast and did block the rare view for many, but not for all.

The January 31 celestial show was the first of its kind in the western hemisphere in 152 years.

The next total eclipse of the moon across North American will be on January 21, 2019.

The next time this cosmic trifecta will be visible from anywhere on Earth is 2037.