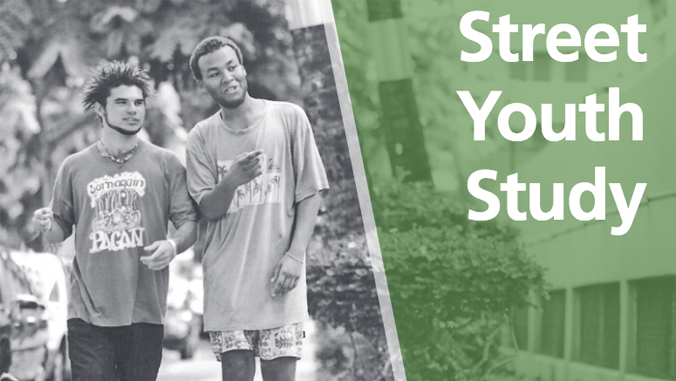 The University of Hawaiʻi at Mānoa Center on the Family, Waikīkī Health and Hale Kipa released the first comprehensive research study of its kind since the 1980s on homeless and runaway youth in Hawaiʻi. The study offers a detailed snapshot of homeless and unaccompanied youth on Oʻahu, allowing for a more current and relative understanding of this population’s experiences and service needs.

Homelessness among youth is a serious and complex problem, with research showing that youth aged 12–17 are at higher risk than adults of becoming homeless. Older youth between 18 and 24, considered as transition-aged youth, are one of the fastest growing homeless populations. Nationally, most of the unaccompanied youth (89 percent) in the point-in-time estimates of homelessness were between the ages of 18 and 24. Transition-aged youth are still developing as young adults and need support until they are able to care for themselves. They require unique housing and services that are different than those tailored for adults or families.

The Street Youth Study includes data that describes the basic demographics, homeless and runaway experiences, risk factors, well-being and service utilization and needs of Oʻahu’s unaccompanied youth. The data paint a picture of street youth on Oʻahu, but only in broad strokes. Being able to accurately describe the breadth of youth homelessness across the state is imperative for providing effective supports that will transition youth from the streets and toward a brighter future.

For more on the Street Youth Study read the news release or download the full report (PDF).

Center on the FamilyCollege of Tropical Agriculture and Human ResourceshomelessUH Manoa