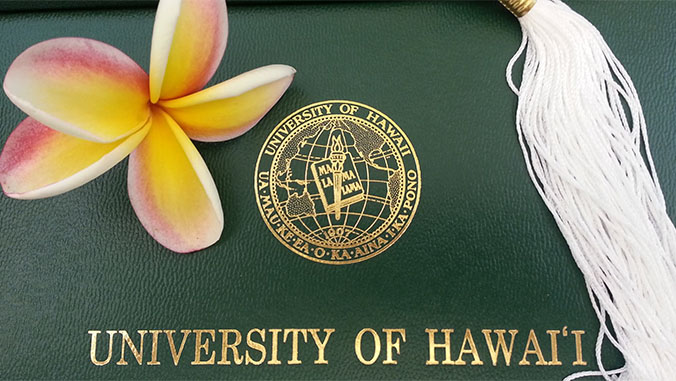 In recognition of the state’s two official languages, the University of Hawaiʻi‘s 10 campuses will begin issuing their graduates two diplomas—one in English and one in Hawaiian—during the 2017–18 academic year.

“My thanks to Maui College Chancellor Lui Hokoana for raising this opportunity with the Council of Chancellors,” said UH President David Lassner. “All of our campus leaders strongly supported this new practice, an important step forward in our work to be a model indigenous-serving university.”

“The issuance of two UH diplomas moves the University of Hawaiʻi closer to its goal of fostering and promoting the use of Hawaiian language at parity with English throughout the UH system,” added Gail Mililani Makuakāne-Lundin, director of the UH Office of Hawaiʻi Papa O Ke Ao.