Cast members of the ʻōlelo Hawaiʻi-version of Walt Disney Animation Studios’ Moana, including Auliʻi Cravalho, walked the blue carpet for its premiere at World Oceans Day on June 10 at Ko Olina Resort.

This is the first time a Disney picture has been re-recorded in ʻōlelo Hawaiʻi. The movie, a collaboration of five UH programs, is spearheaded by the Academy for Creative Media System and was recorded at the sound studio of Honolulu Community College’s Music and Entertainment Learning Experience (MELE) program. 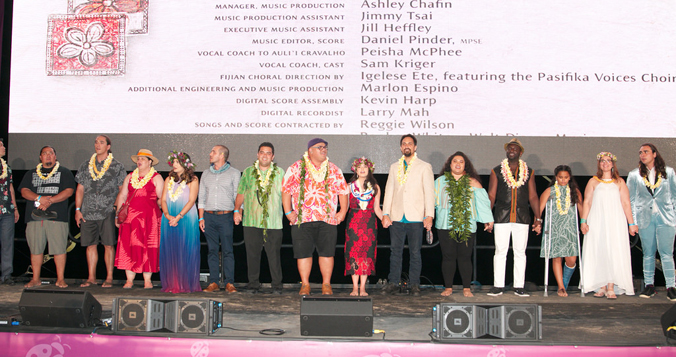 More about the making of the Hawaiian language version of Moana