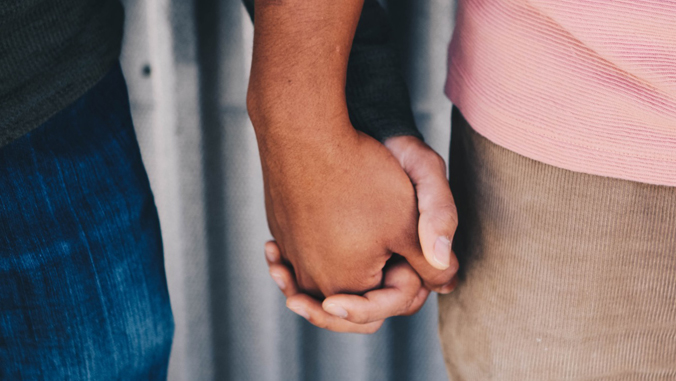 For same-sex male couples, the first few months of a new relationship are a crucial time to communicate about sexual health and HIV prevention, according to new findings from public health researchers at the University of Hawaiʻi at Mānoa. The research may ultimately help to lower new HIV infections for this group.

For the study, same-sex male couples were sought through advertising on Facebook. A total of 722 men (representing 361 couples) were enrolled in the study, and completed a questionnaire asking about the timing of when they first discussed their HIV status, had sex without a condom, and if and when they had reached an agreement about whether or not they would have sex with anyone else.

“In our study, we wanted to look at same-sex males couples and determine, within their relationships, when they start having conversations about their HIV status, when they start having sex without a condom, and deciding what kind of relationship they want,” said Jason Mitchell, lead author of the study and an assistant professor with the UH Mānoa Office of Public Health Studies in the Myron B. Thompson School of Social Work. “Knowing this timeline could give the public health research community ideas for ways to intervene to help improve HIV prevention efforts for same-sex male couples in the U.S. and abroad.”

Research shows that men who have sex with men (a group that includes men who are gay, bisexual, questioning their sexual identity or orientation, or heterosexual but having sexual encounters with other men) have elevated rates of HIV infection. Epidemiological estimates from other studies indicate that between 33 to 66 percent of men who have sex with men acquire HIV while in a same-sex relationship, and that this risk is attributed to the sexual behaviors they engage in with their primary partner.

“The new findings suggest that many couples find it important to communicate about their HIV status before they first engage in sex without a condom,” Mitchell said. The new data provide researchers with a good summary of the timing of when these events occur within same-sex male couple relationships, he said.

Mitchell and his research team secured funding from the National Institute of Mental Health via an R21 grant, which is intended to encourage exploratory/developmental research. Their goal is to apply these findings toward the development of a web-based “decision aid” aimed at helping same-sex male couples in new relationships create a plan on how best to reduce their risk for HIV. The researchers will also test this decision aid to determine whether couples find it useful and effective.