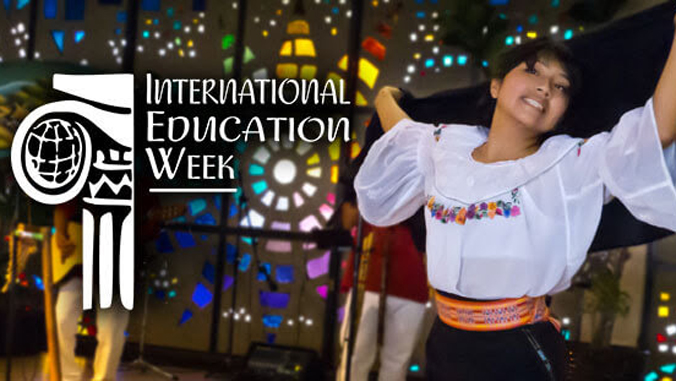 Kapiʻolani Community College is celebrating its 18th year of International Education Week, November 13–15, an effort to promote programs that prepare students for a global environment and provide an international experience at the college.

Over the years, International Education Week has enriched student learning, providing students with opportunities to increase their understanding of world cultures and traditions, while adding significant value to their educational experiences in college.

Download the event schedule for more information on each presentation.

Jack Anderson, diplomat in residence at the East-West Center, is an 18-year veteran of the U.S. Foreign Service. He most recently served as senior advisor to the Department of State’s Bureau of International Organization Affairs in Washington, D.C.

In 1907, a group of men climbed an unconquered peak in the last unmapped region of Japan.

Tai Chi for arthritis is an evidence-based program supported by the Centers for Disease Control targeting seniors to improve balance.

Japanese students and their class tutors will sing, “Nada So So,” accompanied by Iroha Mochida on sanshin, along with modern Japanese songs and a sanshin performance.

Learn about the people and culture of Japan through an illustration contest, along with a display of manga and anime from Japan.

Kyoko Noma meets university student Wataru Domoto in the tea cafe Mubansou (A Cappella). Kyoko falls in love with him, but they get involved in an incident that leads to a shocking ending.

Learn about the century-old tradition of honoring loved ones who have passed in the form of a Mexican ofrenda and the powerful symbols involved with Día de los Muertos/Day of the Dead.

Bryan Tolentino’s repertoire is a mixture of Hawaiian, contemporary and original songs, blending creativity and diversity with the ʻukulele. Along with international recording artist Herb Ohta, Jr., who is considered to be one of today’s most prolific ʻukulele masters.

Try out musical instruments from around the world. Presented by Beryl Yang and students of Music 107.

In Tokyo, on December 10, 1968, 300 million yen was stolen in broad daylight without violence or suspects. The event is still the most talked about unsolved crime in Japan. Director Yukinari Hanawa makes the heist into a tale of first love and rebellion in the late 1960s of Japan.