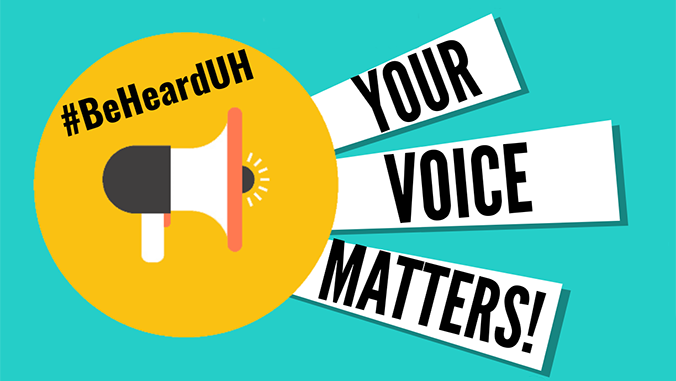 One out of five University of Hawaiʻi students reported experiencing dating/domestic violence. It’s just one of the findings from the 2017 online survey of UH students on sexual harassment and gender-based violence, and the university is asking students to participate in a follow up online survey from January 22 to February 22, 2019.

Student perspectives are critical when it comes to the university appropriately addressing sexual harassment and gender-based issues. The 2017 survey results led to expanded efforts to provide support for victims of dating and domestic violence.

“To better understand our campus environments and how the university’s policies, programs and resources have affected your educational experience at UH, I urge all students to complete the survey,” said UH President David Lassner. “Your participation is critical to our efforts in continuing to create and sustain a path for your success at UH.”

Those who participate are asked to encourage their fellow students to take the survey, promote #BeHeardUH and urge everyone to speak up about sexual harassment and gender-based violence.

Data from the survey will also be used to inform UH about marginalized groups on the different campuses and their varying levels of risk, and will address the needs of these students.

The survey is coordinated by the UH Office of Institutional Equity and conducted by OmniTrak Group, Inc with consultant researchers, Professors Sandra L. Martin and Bonnie S. Fisher, who consulted on the Association of American Universities 2015 Campus Climate Survey on Sexual Assault and Sexual Misconduct.