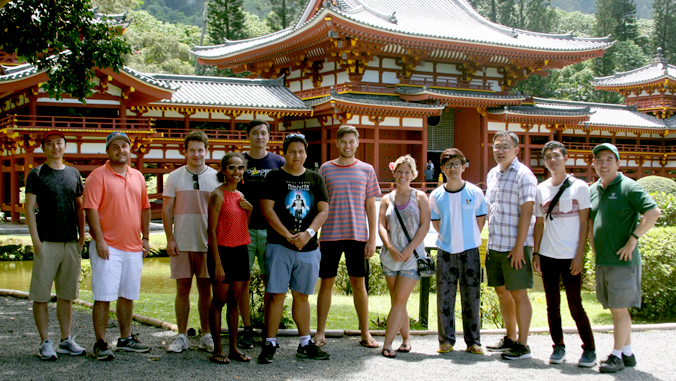 The University of Hawaiʻi at Mānoa’s William S. Richardson School of Law earned an A+ for 2019 from the National Jurist magazine, which ranks American Bar Association-accredited U.S. law schools based on their diversity. Since 2016, when the UH law school earned an A-, it has moved up to the top grade and is now ranked fourth in the country.

“Our law school remains a place where people do not forget where they come from, while we also recognize and celebrate our unprecedented diversity,” said Dean Avi Soifer. “Our students look out for one another in ways not seen at other law schools. We never want our strong sense of community to change, and it is encouraging when we are recognized nationally for the diversity we prize.”

National Jurist looked at several demographics in the student body, including Hispanic, Native American, Asian, African-American and Caucasian. The magazine also considered whether the faculty represented a broad range of minority groups.

“We are proud to receive such high rankings nationally,” said Associate Dean of Students Ronette Kawakami. “Our focus has always been on welcoming a wide range of students, from all walks of life.”

The UH law school has repeatedly been cited for its open, welcoming and unusually diverse student body and faculty. In the past year, it has received a number of high national rankings. These include being named one of the nation’s “best” 169 law schools by The Princeton Review, which in 2018 also scored the UH law school as first in the nation in terms of the “greatest resources for minority students.”

The Princeton Review also ranked the UH law school as 4th nationally for having the “most diverse faculty” and 10th as the law school “most chosen by older students.”

The U.S. News and World Report’s latest annual national rankings for 2019 moved up the law school’s Evening Part-Time program to rank within the top 25 among all law schools.