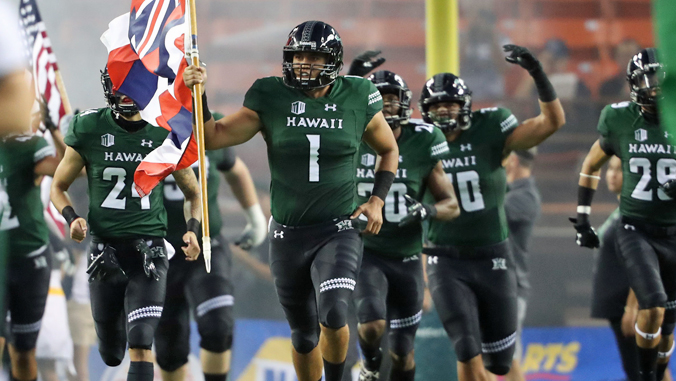 For the first time under Head Coach Nick Rolovich, the University of Hawaiʻi at Mānoa Rainbow Warriors football team will open at home against the Arizona Wildcats. The Mountain West released its 2019 football schedule, completing UH Mānoa’s 13-game slate.

The schedule includes eight games at home and five on the road. The eight home games mark the most the Rainbow Warriors have had in a regular season since 2002.

For the full football schedule, go to the UH Mānoa athletics website.