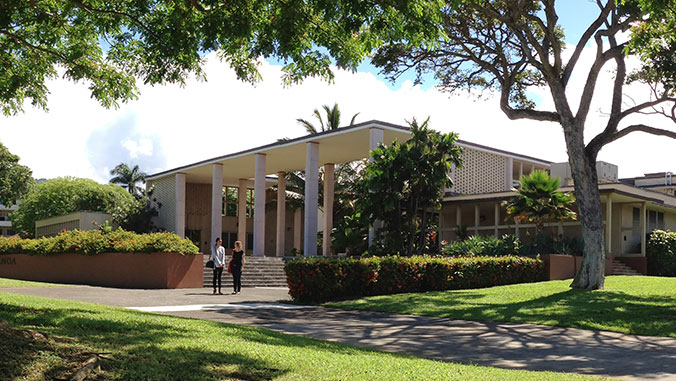 We know that many of you reviewed Vice President Kalbert Young’s factual update last week with full technical information regarding the Senate Draft of the state budget (“Senate budget”) for FY19–21. The UH administration began immediately to work inside the Capitol to build support for an alternate and supportive approach to the budget. Since then, UH faculty received a general message from UHPA regarding one of the most damaging aspects of the Senate budget, and UHPA also directly notified faculty who were included in the list of positions used to calculate the cuts described in the first bullet point below.

While the largest proposed cut is at UH Mānoa there is no doubt that, if enacted, this Senate budget would devastate Hawaiʻi’s entire public statewide university system and its promise for our current and future students and communities across the islands. It would result in unprecedented reductions-in-force of both current faculty and staff over the next two years, with impacts on students inside and outside the classroom. Tragically, Hawaiʻi residents who can not afford mainland university tuition and expenses would be denied the benefits of attending a premier research university with a wide range of graduate and undergraduate programs grounded in Hawaiʻi where they can participate in leading-edge research and discovery as part of their educational experience.

There would be long-term if not permanent negative impact on our ability to address Hawaiʻi’s challenges and opportunities as well as our ongoing efforts to diversify and grow the economy. If enacted, the Senate budget would cripple important initiatives such as developing public private partnerships in land development that are intended to reduce the university’s dependence on public dollars over the long term.

The nature of some of the cuts proposed also appears inconsistent with the spirit if not the letter of the authority granted to the Board of Regents in the Constitution of Hawaiʻi to exercise exclusive jurisdiction over the internal structure, management and operation of the university.

The good news is that at this point the Senate budget represents the negotiating position of just one of Hawaiʻi’s two legislative chambers and is not the law of the land. The Senate budget has now been passed to the State House of Representatives (“House”). The House previously passed the UH-proposed Board of Regents operating budget that focused on high-priority support for students across the UH System without cuts to our mission and support.

When the chambers disagree, as they do on this budget, a Conference Committee with members from both the House and Senate is convened to resolve the differences. Until that is done, nothing in the Senate budget has force of law. And we are happy to report that, in response to the concerned and concerted outreach we have already undertaken, preliminary indications are that House leadership will not support the Senate budget presented to them. But we must remain vigilant.

The following is a more complete description of some of the potentially devastating impacts of the Senate budget.

The Senate Budget also does not support the universityʻs highest priority request for operating funds—a program that would support those student with financial need who need us most—the expansion of the successful Hawaiʻi Promise financial aid program from our UH community colleges to our UH 4-year universities.

In full acknowledgement of the appropriations authority of the Legislature, and believing their requests to be part of what would eventually be a fair process, UH has responded to a constant flow of over 25 separate written requests for information with short turnaround times. UH laboriously tabulated data manually to provide it in the formats explicitly requested. UH has provided some 2,200 pages of documents, tables and narratives to the Senate Higher Education Committee – with responses to some outstanding requests still pending. The fact that the State Senate would use the information provided to support such a budget is beyond disappointing.

Over this next critical week and beyond your UH leadership will continue to advocate vigorously against these draconian cuts both publicly and, importantly, within the Capitol. We do this for our threatened faculty and staff, for our students, for our university, and for Hawaiʻi. It is not clear if formal public testimony will be considered while the state budget is finalized. But you can share your views and concerns directly with legislative leaders and those who may be involved in the yet-to-be-named Conference Committee, typically members and leaders from the House Finance and Senate Ways and Means committees. Our experience is that it is helpful to explain our work and communicate a positive message about what we can do for Hawaiʻi if provided the support we need. We have also found that phone calls and letters may be more effective than email. We will continue to keep you informed as the budget continues to develop inside the Capitol.

We understand well the impact of being targeted and know how disturbing that can be. We ask that, while you remain vigilant with us, you also stay focused on your teaching, research and service to our students and community. Moving forward it is clear that we have more to do to help the Legislature in its quest to understand what Hawaiʻi’s great public university is already doing and can do for the students and all people of Hawaiʻi with sufficient support. We need the Legislature, the community and the entire state to understand that we are responsible stewards of the public resources with which we are entrusted, making changes and reallocations constantly to maximize the remarkable benefits we bring to our islands through our integrated, holistic and statewide programs of education, research, public service and economic development.