At the March 28 University of Hawaiʻi Board of Regents meeting, President David Lassner unveiled the renewal of the UH System’s sustainability and resilience initiative with a video highlighting UH’s dedication to the issue. The five-minute video, produced by the UH Office of the Vice President for Research and Innovation, was the result of more than five months of interviews and filming with key UH faculty and administrators. They were involved in different and diverse facets of sustainability and resilience research, curriculum, operations and community engagement, and deep cultural connections.

“When we embarked on this project to reaffirm UH’s commitment to sustainability and resilience, we anticipated featuring three to four key individuals,” said UH Vice President for Research and Innovation Vassilis L. Syrmos. “However, as the project developed, we began to realize the complexities and often interwoven efforts made it a necessity to expand the scope of the video. We decided to include a larger cross section of individuals to provide a better perspective on the depth and scale of work being done at UH in this vital area.”

With erupting volcanoes, frozen summits, tropical rainforests, deep canyons, coral atolls and the deep ocean, Hawaiʻi is one the most geographically diverse locations in the world. This is one factor that gives UH a distinct advantage in research over other institutions.

“It is this backdrop that gives the University of Hawaiʻi the perfect working laboratory to conduct research and to develop a new cadre of scientists, scholars and practitioners well-versed in sustainability and resilience,” added Syrmos. “It is our strong belief that UH’s collaborative efforts across our 10-campus system—in research, curriculum, operations and community engagement with deep cultural connections—will serve as a model for sustainability and resilience not only here in Hawaiʻi, but across the globe.”

Individuals featured in the video (listed in order of appearance): 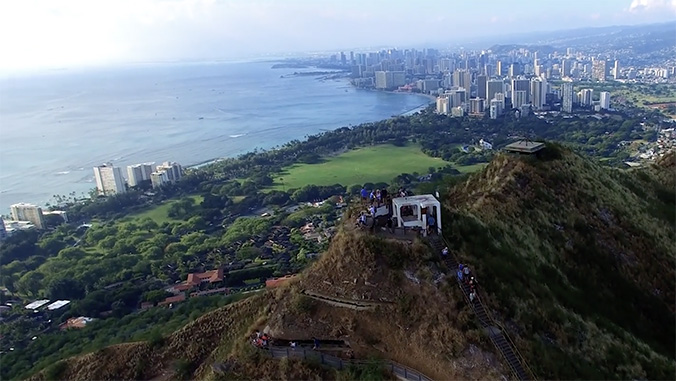