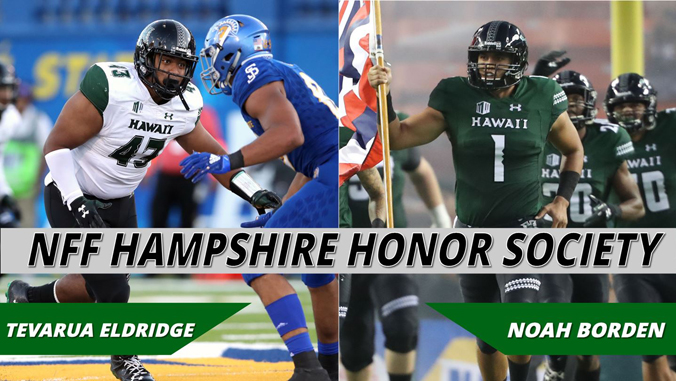 The honor is bestowed on college football players from all divisions who maintained a cumulative 3.2 GPA or higher throughout their college careers, while being a starter or significant contributor in their final year. An all-time high of 1,661 players from a record 426 schools qualified for membership.

As a four-year starter, Borden did not commit a bad snap during his entire career. In 2018, he was a semifinalist for the Wuerffel Trophy, awarded to a player who best combines exemplary community service with athletic and academic achievement. In addition, he was a four-time academic All-Mountain West selection.

Eldridge played in 14 games on the defensive line in 2018. Over his career, he participated in 35 games and finished with 50 tackles. He was a three-time academic All-Mountain West selection.