The University of Hawaiʻi at Mānoa has been recognized by a ranking of the best universities and colleges around the world.

UH Mānoa is number 214 among the top international campuses of higher education, according to the Round University Ranking (RUR) World University ratings released on April 17. There are an estimated 23,000 universities in the world.

“When a student is considering which university to attend, in my view, the international rankings matter,” said UH Mānoa Provost Michael Bruno. “Those rankings are a reflection of the strength of a university’s faculty and the research that they perform, because that research is brought into the classroom and really enhances student learning.”

The honor places UH Mānoa in the top tier “Golden League” in the areas of teaching (183), financial sustainability (193) and international diversity (167). The flagship of 10 UH campuses was also rated 298 in research worldwide, earning a “Silver League” ranking.

The RUR agency is a partnership with Clarivate Analytics. The ranking assesses higher education institutions over the past decade, with 1,100 of the world’s leading universities from 85 countries submitting information to be considered for the RUR ratings.

The RUR rankings are designed to provide relevant information on global higher education in the stakeholder areas of students, academic community, university management and policymakers.

In addition to attention from RUR, UH Mānoa: 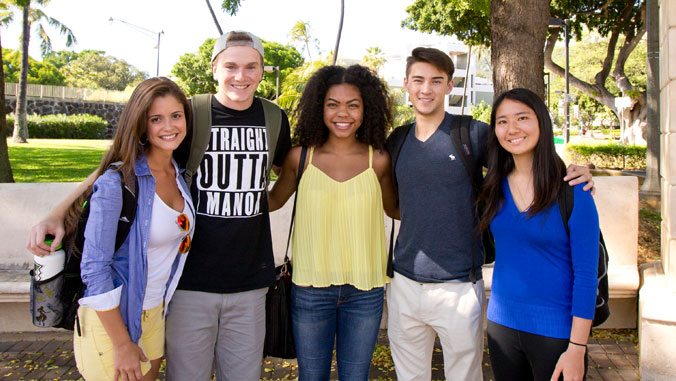