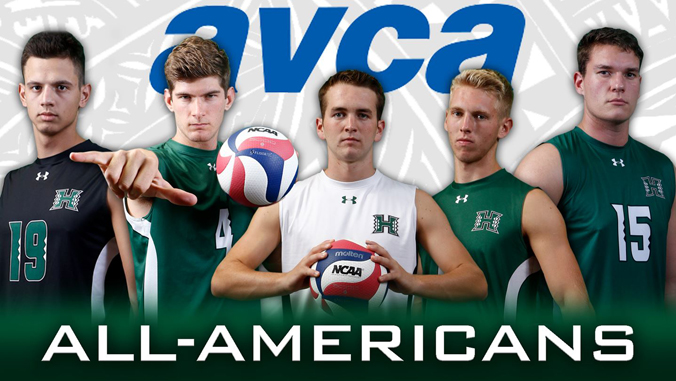 Five University of Hawaiʻi at Mānoa men’s volleyball student-athletes were selected for the American Volleyball Coaches Association (AVCA) All-America teams, including a record four who were named to the first team.

Outside hitter Stijn van Tilburg, opposite Rado Parapunov, libero Gage Worsley and setter Joe Worsley were picked to the first team while middle blocker Patrick Gasman was selected to the second team.

The All-Americans will receive their awards at the National Collegiate Athletic Association banquet on Wednesday, May 1, in Long Beach, California.

Read more about the student-athletes at the UH Mānoa athletics website.