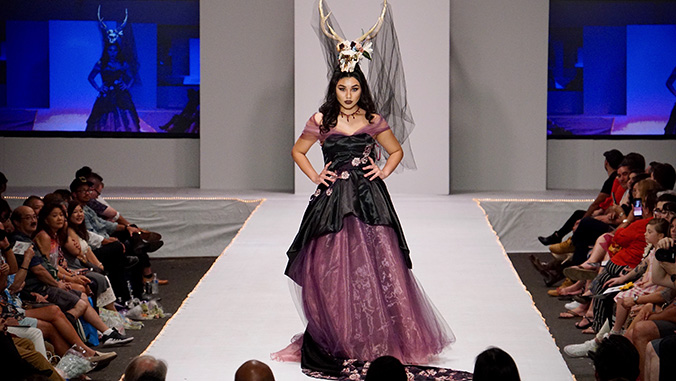 All eyes were on a runway that would rival the catwalks of Milan, London, Paris and New York at Honolulu Community College’s Marine Education and Training Center April 27. Sixteen graduating student designers dazzled more than 500 in attendance at the annual fashion show, with models sporting looks ranging from rave wear, business, children, Lolita fashion, Hawaiian and, of course, show stoppers.

Called “The Collective,” this masterfully produced show allowed students to showcase their talents and personalities by producing their own lines featuring up to seven different looks. After graduating with an associate degree in fashion technology on May 10, the student designers will be continuing their education, finding jobs in the industry or creating their own businesses. 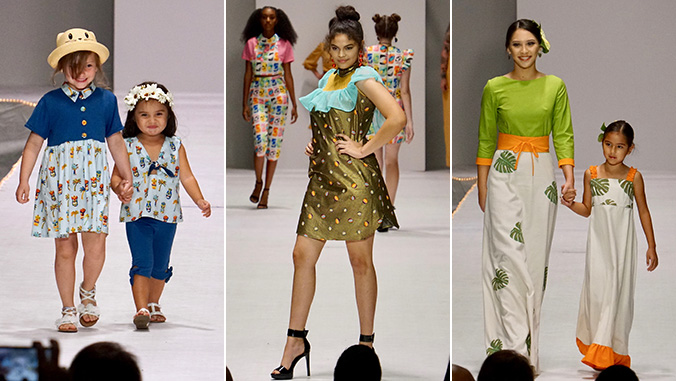