Editor’s note (May 22, 2019): Melounova’s run in the NCAA tournament came to an end with a loss to Texas Tech’s Felicity Maltby. 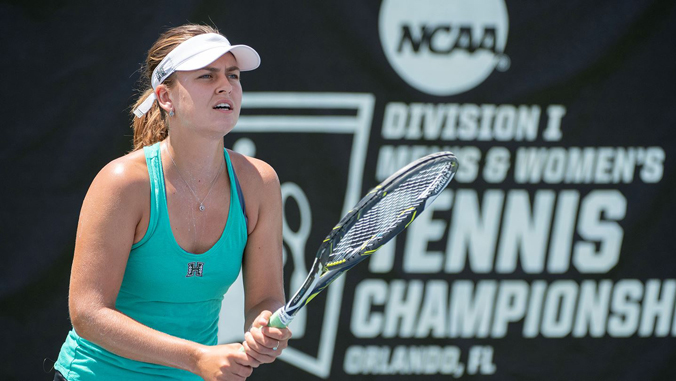 University of Hawaiʻi at Mānoa women’s tennis player Petra Melounova cruised to a 6-4, 6-1 straight-set win over Michigan’s 47th-ranked Chiara Lommer in the second round of the NCAA Women’s Singles Championships on May 21. Melounova made history by becoming the first Rainbow Wahine to win two matches at the NCAA Tournament to advance into the Round of 16 at the USTA National Campus in Orlando, Fla.. Melounova will take on the Felicity Maltby (Texas Tech) on Wednesday at 12 p.m. HT on Court 2.

It marked Melounova’s ninth-straight singles win as she improved to 15-4 this season. She is the first player from the Big West Conference to advance to the NCAA tournament’s Round of 16 since UC Santa Barbara’s Jean Okada accomplished the feat in 1996.