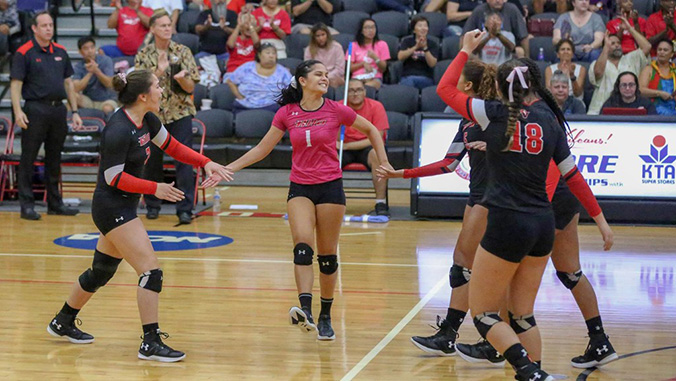 The University of Hawaiʻi at Hilo volleyball team will face Chico State to kick off the season on September 6.

They will play four total matches in Honolulu and four more the following weekend at the D2 West Region Showcase in Pomona, Calif. At Cal Poly Pomona, they will play in an upper tier tourney, based on their strong record last fall. They will take on fellow top teams from the California Collegiate Athletic Association and Great Northwest Athletic Conference in Cal State Monterey Bay, Seattle Pacific, Western Washington and the host Broncos.

Conference rivals Chaminade and Hawaiʻi Pacific visit on September 21–22 to tip off the conference schedule. The Vulcans will then play five matches in northern California (September 28–October 5), return home for seven matches (October 10–28) and then hit the road again for matches on Oʻahu (two) and southern California (four). UH Hilo will wrap up the regular season with home matches on November 20 (Holy Names) and November 23 (Academy of Art).