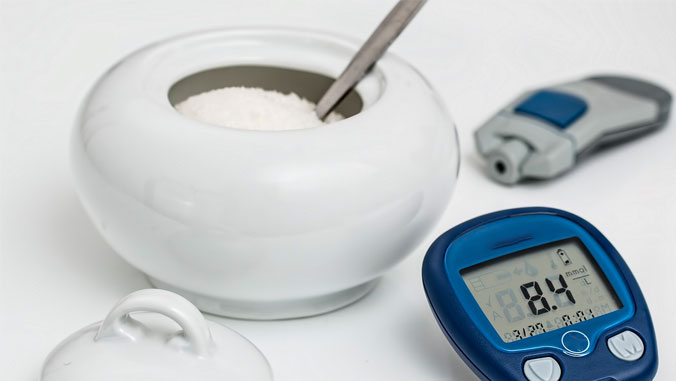 A health condition strongly associated with diabetes may be linked to lower odds of developing Alzheimer’s disease, according to the surprising results of a new public health study from the University of Hawaiʻi at Mānoa.

“Our findings suggest that more research is needed to better understand the relationship between insulin resistance and cognitive disorders such as Alzheimer’s disease in older adults,” said Thomas Lee, lead author of the study and an assistant professor of epidemiology with the Office of Public Health Studies in the Myron B. Thompson School of Social Work.

In the study, Lee and his colleagues looked at data from the health records from 1,544 Japanese men participating in an ongoing study called the Kuakini Honolulu-Asia Aging Study, which began in 1991 and is focused on studying the risk factors associated with neurodegenerative disorders.

After adjusting for factors, such as hypertension (high blood pressure) and smoking, the link between insulin resistance and a lower odds of dementia held.

Previous studies had linked Type 2 diabetes with an increased risk of Alzheimer’s disease, but how exactly the link may work is not clear. The researchers noted that the new study excluded men with Type 2 diabetes at the onset, which may have affected the results.

“Alzheimer’s disease is a debilitating condition and there are projected to be 84 million cases worldwide by 2040,” said Kamal Masaki, a co-author on the study and professor of geriatrics with the UH Mānoa John A. Burns School of Medicine. “We need a better understanding of the roles of blood sugar and insulin in this disease.”

The paper is published in the Journal of the Neurological Sciences.