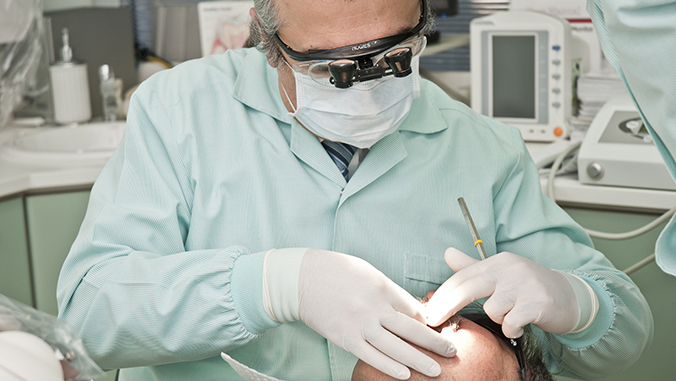 Visits to the dentist drop significantly after adults turn 80, especially among ethnic minorities, according to a study involving researchers at the University of Hawaiʻi at Mānoa. Since good oral health practices are related to better overall health and a higher quality of life, the findings highlight the importance of identifying racial barriers to dental care for aging adults and developing culturally competent programs to meet the dental needs of an increasingly diverse U.S. population.

“To promote oral health and close racial and ethnic gaps in oral health disparities, seeing a dentist regularly is critical,” said lead author Wei Zhang, professor and chair of the Department of Sociology at UH Mānoa’s College of Social Sciences. “Failure to engage in preventive dental care may lead to serious consequences such as tooth decay, pain, tooth loss and inflammation.”

The researchers used data from the Health and Retirement Study, a longitudinal study conducted by the University of Michigan that conducts interviews with a national sample of middle-aged and older adults. They analyzed rates of dental care utilization—measured by whether someone had seen a dentist in the past two years—for 20,488 study participants of different races and ethnicities, including 17,661 U.S.-born and 2,827 foreign-born individuals.

Seventy percent of adults had visited a dentist in the past two years, but the rate decreased significantly beginning around age 80. U.S.-born adults of all races and ethnicities were more likely to see a dentist (71 percent) than immigrants (62 percent). “The gap in care between U.S.-born adults and immigrants shrunk as people aged, suggesting that age and acculturation may play a role in decreasing oral health disparities over time,” said co-author Yan Yan Wu of the UH Office of Public Health Studies in the Myron B. Thompson School of Social Work.

“Our study went beyond prior research by confirming that racial and ethnic disparities were substantial and persistent as people became older, regardless of their birthplace and while adjusting for a wide range of factors,” said senior author Bei Wu, Dean’s Professor in Global Health at NYU Rory Meyers College of Nursing and co-director of NYU Aging Incubator. “This finding is alarming as it indicates that some unmeasured factors beyond the scope of this study, such as oral health literacy, perception of need, barriers to access and dissatisfaction with dental care, could play important roles in explaining the disparities in dental care as people age.”

The study was published online in Research on Aging.

—Based on a NYU news release.