The research and innovation supported by the funding help to increase knowledge and provide solutions to improve the quality of life in Hawaiʻi and around the world.

Funding increases were seen at every level of UH, from community colleges to all three four-year campuses. 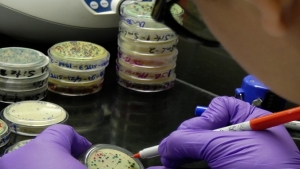 “During the last few years, the University of Hawaiʻi, like most research institutions across the country, has had to endure the ebbs and flows in the extramural funding arena,” UH Vice President for Research and Innovation Vassilis L. Syrmos said. “In spite of this difficult environment, the dedication and hard work of our faculty, support staff and students all contributed to making FY2019 end on a high note for the UH research enterprise.”

Programs and personnel attracting the attention of funders include:

Research conducted by UH impacts the quality of life in the islands and around the world. As the state’s major research university, and because of Hawaiʻi’s tremendous geographic diversity, UH plays a prominent role in the state’s economic growth and development through its diverse and world-renowned research and innovation programs in astronomy, earth and ocean sciences, medicine and tropical agriculture.

UH Mānoa, the flagship campus of UH’s ten-campus system, is one of 115 universities, out of the 3,000 nationwide, to hold the distinction of being a Carnegie Research 1 university.

UH Mānoa is currently ranked 52 out of the top 400 public institutions of higher education when it comes to total research and development expenditures—federal government, state and local government, business, non-profit organizations and institutional sources. That’s according to the most recent National Science Foundation Higher Education Research & Development Expenditures Survey.