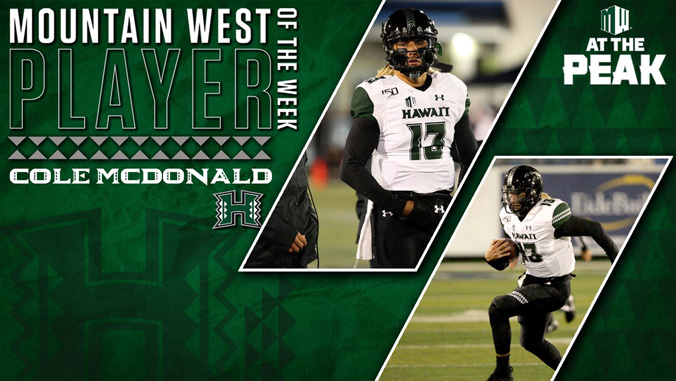 Quarterback Cole McDonald was selected as Mountain West’s Offensive Player of the Week after leading the Rainbow Warriors to a 54-3 rout of Nevada on Saturday.

McDonald completed his first seven passes and finished 25-of-30 for 312 yards and four touchdowns, three of which to slot receiver Byrd. McDonald has eclipsed 300 yards passing in four of five games this season and has 11 such games for his career.

In the win, he moved past Dru Brown for sixth on the school’s all-time passing yardage list and now has 5,526 passing yards for this career. He also moved into UH’s top five in total offense with 6,124 yards.