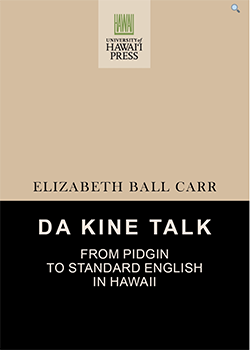 University of Hawaiʻi Press announced Hawaiʻi Open Books, a collection of 90 newly digitized and freely available academic titles from UH Press’s backlist, many of which have been out of print or unavailable for years.

Titles include seminal works of scholarship in Hawaiian, Pacific and Asian studies, as well as grammars, dictionaries and other resources for languages from throughout the Asia-Pacific region. The works are accessible from various online platforms, including UH’s institutional repository ScholarSpace, a newly created Hawaiʻi Open Books website, JSTOR and Project MUSE.

“We are extremely excited about the renewed availability of so many classic UH Press books,” said UH Press Interim Director Joel Cosseboom. “The Press has long been recognized as a leading publisher in Hawaiian, Pacific and Asian studies, and this collection of titles represents a significant resource to the university community and students and scholars around the globe.”

Trond Knutsen, principal investigator and digital publishing manager, added, “Open access is becoming an increasingly prominent feature of academic publishing, and we’re thankful to the Mellon Foundation for allowing us to explore this model so thoroughly.”

To revive the 90 books, UH Press’s digital-publishing team worked closely with faculty and library staff to identify the books best suited for republication. The team subsequently contacted authors, editors and others to clear rights, collaborated with the university library on scanning, and liaised with ebook converters to create digital reproductions of the original print copies. Among the titles revived are: