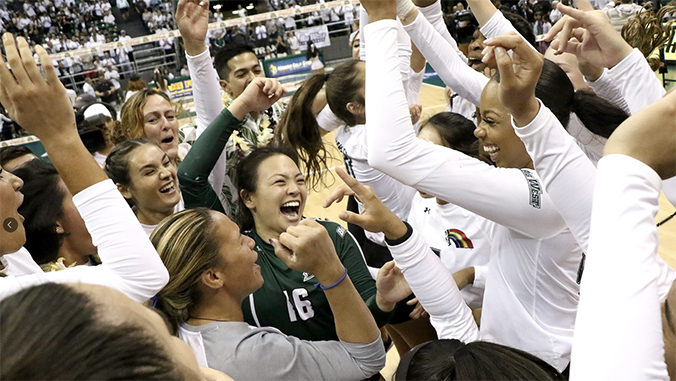 The University of Hawaiʻi at Mānoa women’s volleyball team earned the No. 12 seed in the 2019 NCAA Tournament and will be hosting the first and second rounds at the Stan Sheriff Center. The Rainbow Wahine will open the first round against Northern Colorado on December 6 at 7 p.m. In the other match-up, the University of San Diego will take on Washington State.

It is the 19th time that UH Mānoa will host an opening round match in the NCAA Tournament. For the Rainbow Wahine, it is the 38th overall and 27th consecutive NCAA tournament appearance.

Read more about the Rainbow Wahine.

Tickets can be purchased online at etickethawaii.com, at the Stan Sheriff Center Box Office (Monday through Friday, 9 a.m. to 5 p.m.), or by calling 944-BOWS (2697) during those same hours.