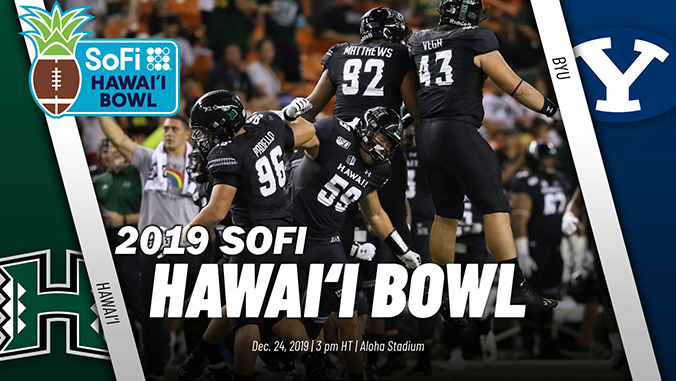 The University of Hawaiʻi football team accepted an invitation to play in the 2019 SoFi Hawaiʻi Bowl where they will face Brigham Young University.

The matchup marks a first-ever postseason face-off for the longtime rivals. The game is scheduled for December 24. ESPN will televise the game nationally with a 3 p.m. kick-off at Aloha Stadium. 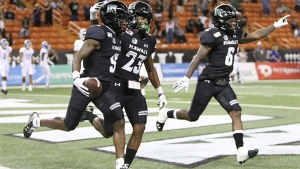 “We are honored to play in the 18th annual SoFi Hawaiʻi Bowl,” UH Mānoa Athletics Director David Matlin said. “It is a great reward for our well deserving student athletes, coaches and staff and a special Christmas Eve matchup against BYU for our local fans.”

“BYU at Aloha Stadium on Christmas Eve, there may not be a better combination for Hawaiʻi fans,” Head Coach Nick Rolovich said. “The Cougars have had a great season and we’re looking forward to our fans coming out to Aloha Stadium to see a battle with a classic rival.”

The Rainbow Warriors (9-5) are headed to the SoFi Hawaiʻi Bowl for the second consecutive year and the third time under Rolovich (2016, 2018).

Tickets can be purchased online at etickethawaii.com, at the Stan Sheriff Center Ticket Office and Aloha Stadium Box Office or on the phone at (808) 944-2697.

Read more about this classic matchup between former rivals.